Are you ready for the fairlady? 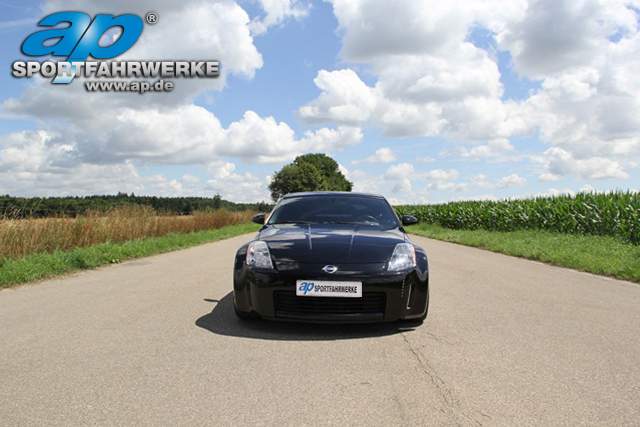 After the development of our new coilover kit for the Nissan 350Z we would like to take the opportunity to dedicate an extensive report to this classic of the Japanese race car scene. The personal Z-experiences of our authors as well as a little purchase advice are hopefully helpful as far as you are thinking about to buy or modify a “Fairlady”. 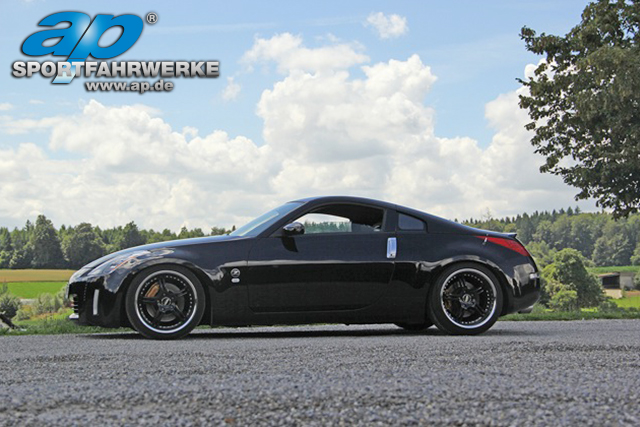 The Nissan 350Z with the marking Z33 is certainly one of the most famous Japanese sports cars, as this car can also look back on a long and glorious history of the previous models. So this is a car with heart and history and this doesn´t end at the third part of the Fast & Furious series, where the maybe most famous Z was driven by the movie´s bad boy. Although it is available even as Coupé and Roadster, the 350Z is still a rarity on Germany´s roads. So new interested people mostly have many questions, before they fulfill their dream of getting this Japanese racer. For this reason, I would like to answer some typical questions about the topics “Purchase & Tuning” in this article, and tell you about my experiences. 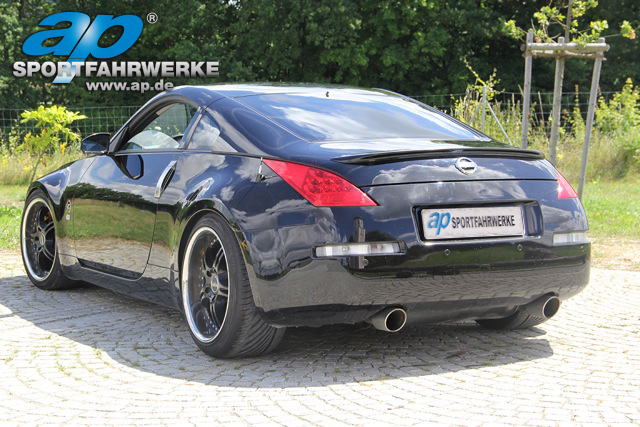 First contact
To me, the 350Z Coupé is optically one of the most beautiful, payable sports cars of the last 30 years and even just its silhouette was a reason for me to get this car. Its rear is simply great and its front, ok, nobody is perfect. Taste is subjective anyways.
So let´s better talk about the objective life with a Z. The first questions, that especially tall people might ask themselves: Would I fit in it? Well, I am 1,97 m tall and I fit in it. My mechanic is always wondering how this works, but actually, for a two-seater sports car, the Z offers decent space conditions. But I shouldn´t grow or gain any more.

Which year of construction should I buy?
The second question always concerns the motorization. This vehicle was available in Germany from 2003 on with the 280 hp engine. In 2005, the performance increased to 301 hp and from 2007 on, the so far used VQ35DE engine was replaced by the so-called VQ35HR with 313 hp. This is the most popular of the fans, not only because of the higher performance but also because it is known as very reliable. With the 301 hp series, some people connect oil loss and therefore resulting engine damages. But I can tell that I drive a 301 hp model from 2005 myself, without any problems. But the question is, if the faulty examples from back then are still on the road, as they would be around 8-10 years old already. 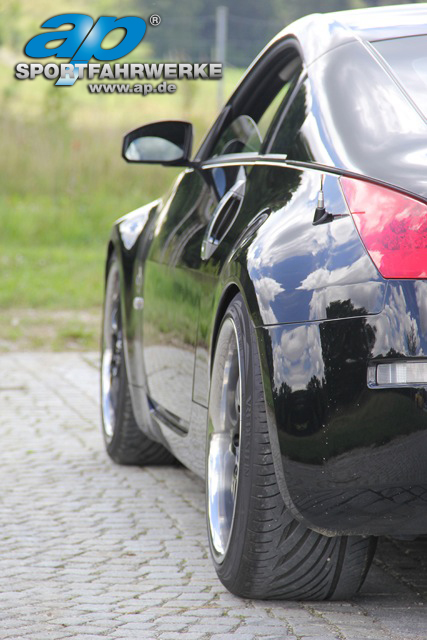 What to consider?
Generally, the 350Z is a pretty reliable car with a lot of proven large-series-technique. Years ago, a car magazine has made a 100.000 km endurance test with the 301 hp Roadster and except of two little breakdowns (clutch and greasing of the drive shaft) it was rated as a model of reliability. But anyways, it is always recommended to carefully check the desired model when buying a car. Especially at sports cars, besides the clutch, often also wheels and brakes in combination with “fast drivers” are quickly worn out. In this case, it is also supported by the relatively high empty weight (approx. 1.600 kg). In the internet we can also read for example about errors in the sound system, broken window lifts and an ugly creaking in the interior. The last point I can confirm in my exemplar. Besides that, I only had one single little problem in my personal Z-life, lighting up of three warning lights ABS, ESP and traction control. I am writing about it because this mistake obviously occurs more often. In my case it was the brake light switch (sometimes bended, mine was corroded), which my work shop master has fixed within 10 minutes. So everything is good from my side.

Because Racecar?
Let´s talk about the driving pleasure with the Z. In advance, the Ferrari 348 from the 90s had a similar engine performance. This proofs that the 350Z belongs to the sports car league, even with a little overweight. According to the brochure, my 35th Anniversary special model accelerates in 5,8 seconds from 0-100 km/h and unfortunately it is sealed off at 250 km/h. This means, that the car is fun, but already a BMW 530 Diesel might make you nervous on the highway. The Z provides generally a quiet and pleasant impression, but for me, the true strengths of a car can be found on a curvy country road or on the track. In the Z, the speed can be felt in a positive way and true driving pleasure arises. Due to a quite balanced weight distribution of 53/47, it lies good on the road and those who have the necessary skills and an empty race track, can let the voluminous rear wiggle. 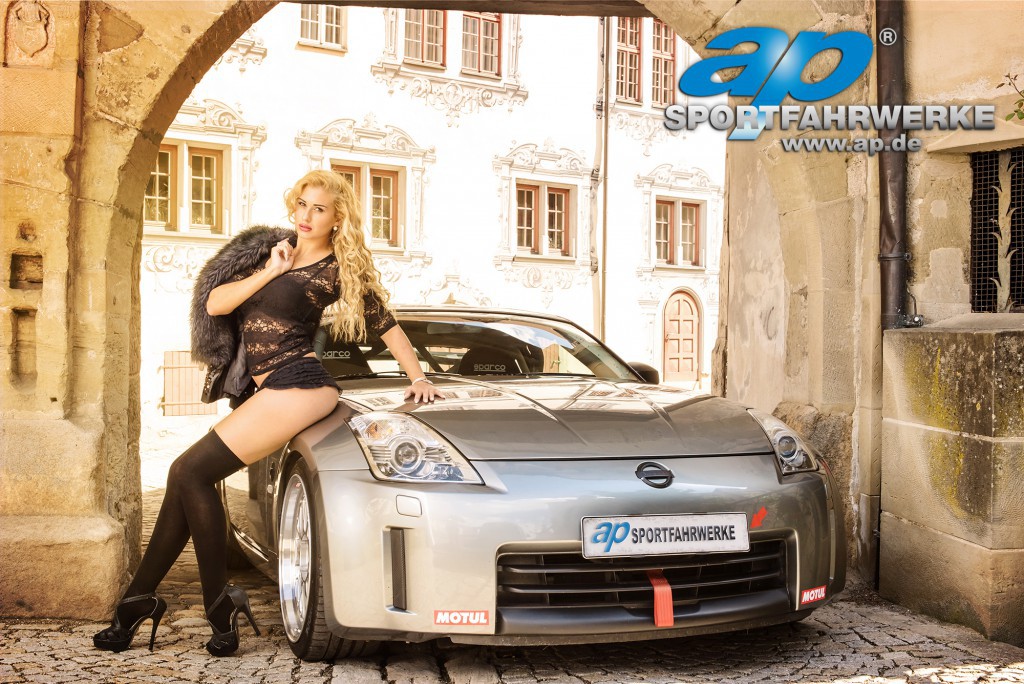 The costs:
Used 350Z are already available for less than 10.000 Euro. But these cars usually have a high mileage. Optically flawless and perfectly converted cars still cost more than 20.000 Euro, just like cars of the last facelifts with the 313 hp engine in combination with a low mileage. Mine was 17.900 Euro. It had a mileage of 48.000 km and was sold by an authorized workshop with moderate changes. Generally, you should check the history carefully, check the service book and always think about the fact that sometimes it is better to pay 3.000 Euro more at the beginning, instead of constantly handle all kind of defects. According to a car cost check, the current liability class is 17 and the fully comprehensive type class is 26. I have to pay just 460 Euro for a 9-months season approval with fully comprehensive. This is a good price for a sports car. The average fuel consumption of my car is 10,3 liter Super Plus. Of course you could double this consumption if you really want to have fun with the Z, but those are only short-term power Peaks. 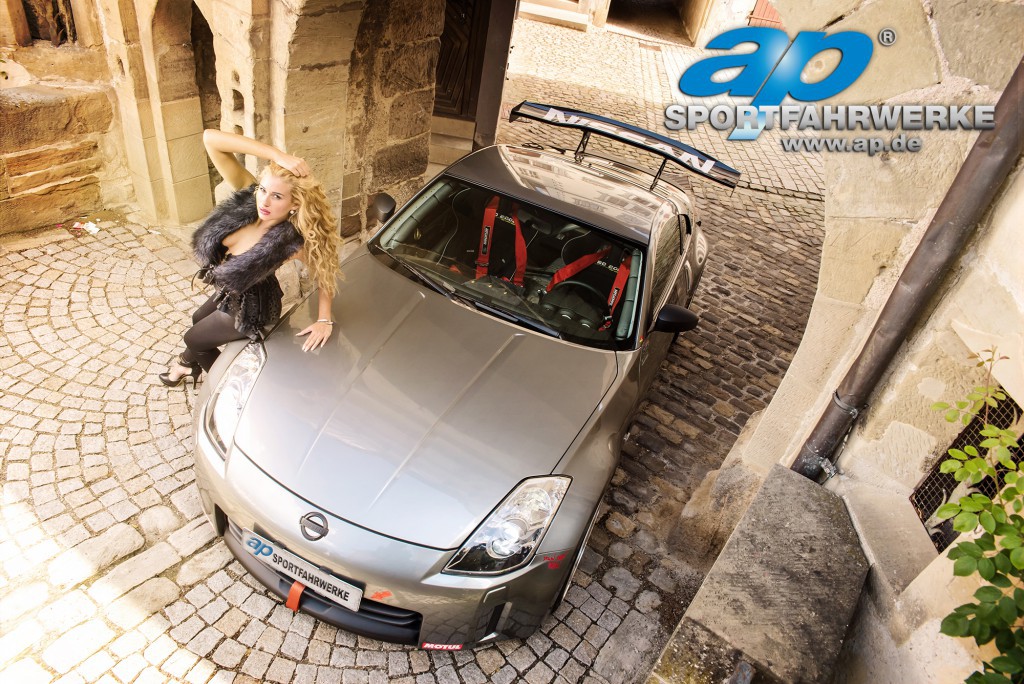 The 350Z as an everyday car
Many, especially young Z fans keep asking, if the Z can be driven all year long. Of course you could. It is a car, it has four wheels, mostly it even features heated seats and in best case, also Xenon headlights, so everything is good? But 280 hp on the rear axle and a general sports car design speak against it. Saying it short: Everybody has to decide themselves. Keep the snow in mind, that you have to expect in winter. And besides the snow storms, I generally don´t like to drive thru big cities with a Z or similar sports cars. With each stop and go at the traffic lights, I feel sorry for the car, because it is simply not made for it. Call me romantic, but I think, cars like the 350Z are built for empty roads on Sunday mornings.

What should I change?
Once the Z is finally in the own garage, most of the time the question comes up, what could or should be changed. The optical part is something, everybody likes different, but at first I would change the wheel / suspension combination. Because in order to really make the 350 faster, a lot of weight has to go and / or a lot of money has to put into the car. As the Z has an aspirated engine, 100 hp more performance is only possible to get with several thousand Euro, in contrast to turbo engines. Besides that, you also have to learn to handle 300 hp. The host of an American Z forum once said: After thinking a lot about modifications of my Z, I had to find out, that the most deficient part is me. A thought, that I can only confirm. But a perfection of the handling makes sense, concerning driving pleasure and optics as well as safety. A retrofitted coilover kit at comparable cheap conditions may bring the 350Z to a new level in cornering speed. This also allows to consider the personally desired wheel/tire-combination. On the quite clearly market for this car, ap Sportfahrwerke now has a new offer: A coilover kit for 529,55 Euro. The Z can be lowered on both axles between 20 and 40 mm and of course, changing the lowering can be made while the kit is installed. Simply an excellent combination of everyday practicality and sportiness! Saying it like the old Nissan advertising slogan: Are you ready to Z?

Further information can be found here.