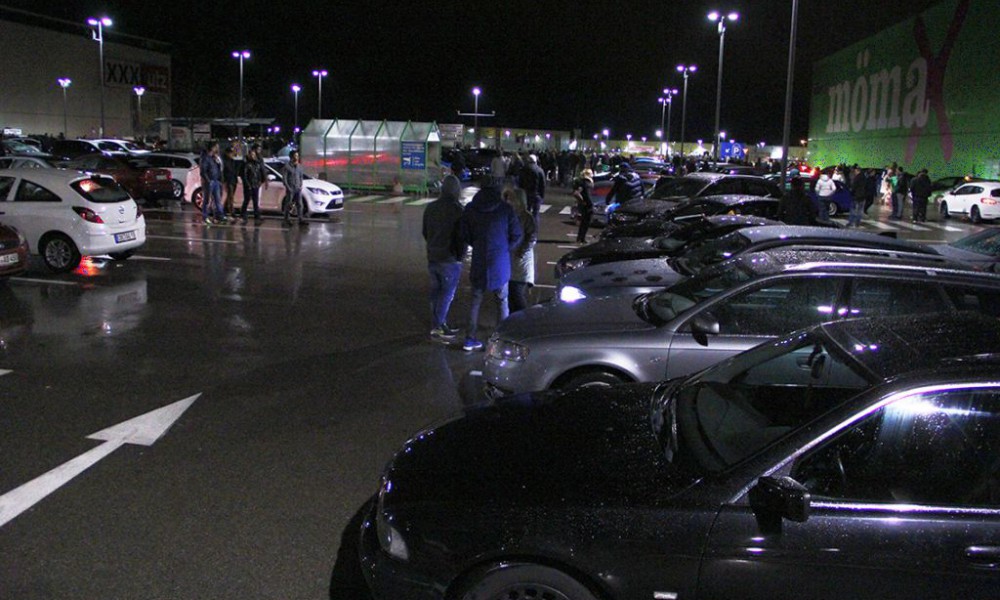 In the middle of preparing for the great season opening in spring we got some bad news. Streetculture in Aschheim, an outskirt of Munich, will find it`s end in a couple of weeks. The last meeting will be at 13th of february and after that it`s over for ever. Just some minutes ago I arrived back home, back from exactly this last meeting of the probably biggest and most famous tuning car meeting in the Munich area. And now, I am supposed to write an article about it. But this time it`s difficult because I am not sure what to write about. Shall I write about the fastest, most expensive sportster, the best classic oder the coolest muscle car? Well, normally I am a friend of the funny and light entertainment but this time, other things seem to be more important. And that is the reason why this article will be different to my other articles from meetings around Germany. But one after the other – let`s go back in time some hours. 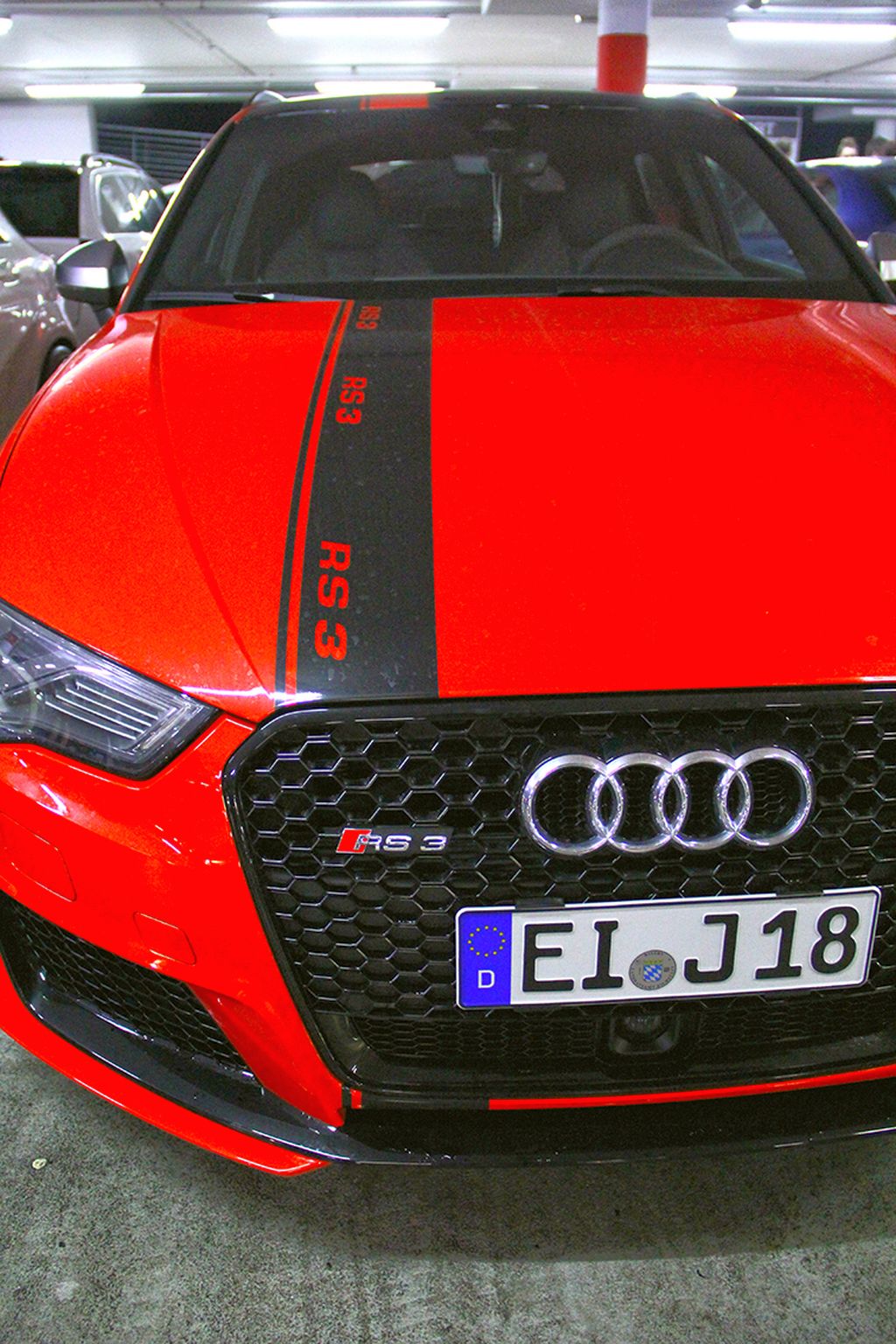 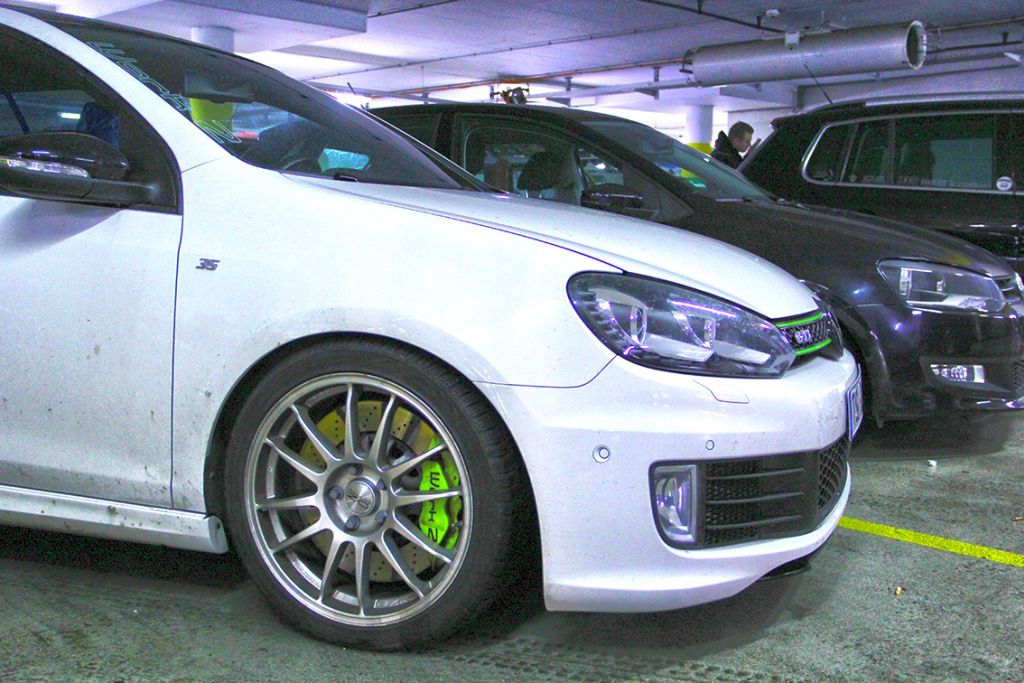 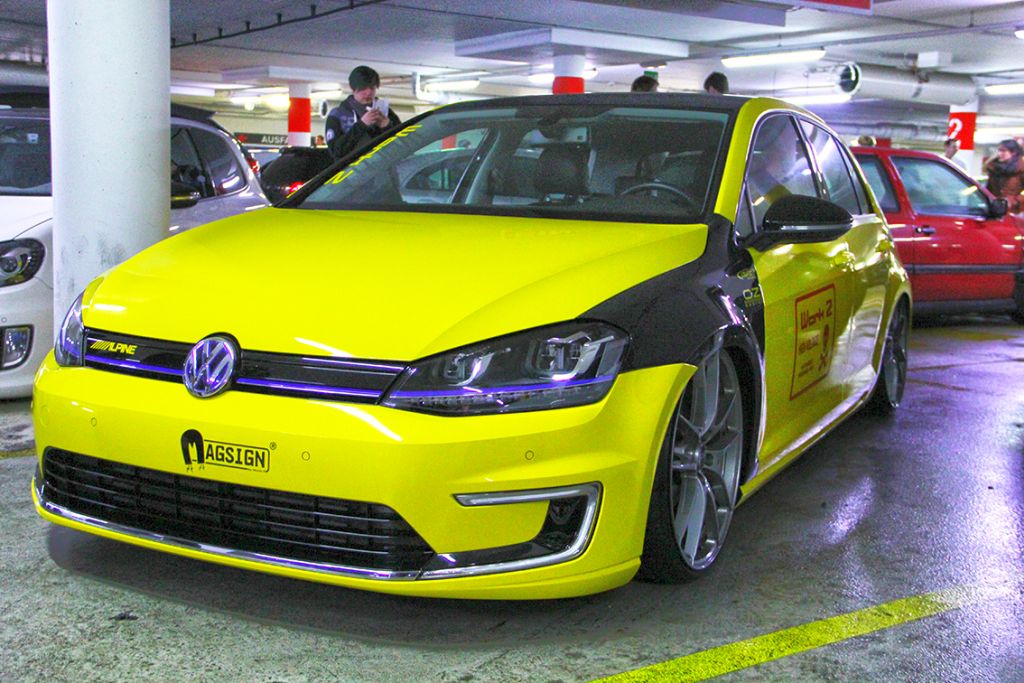 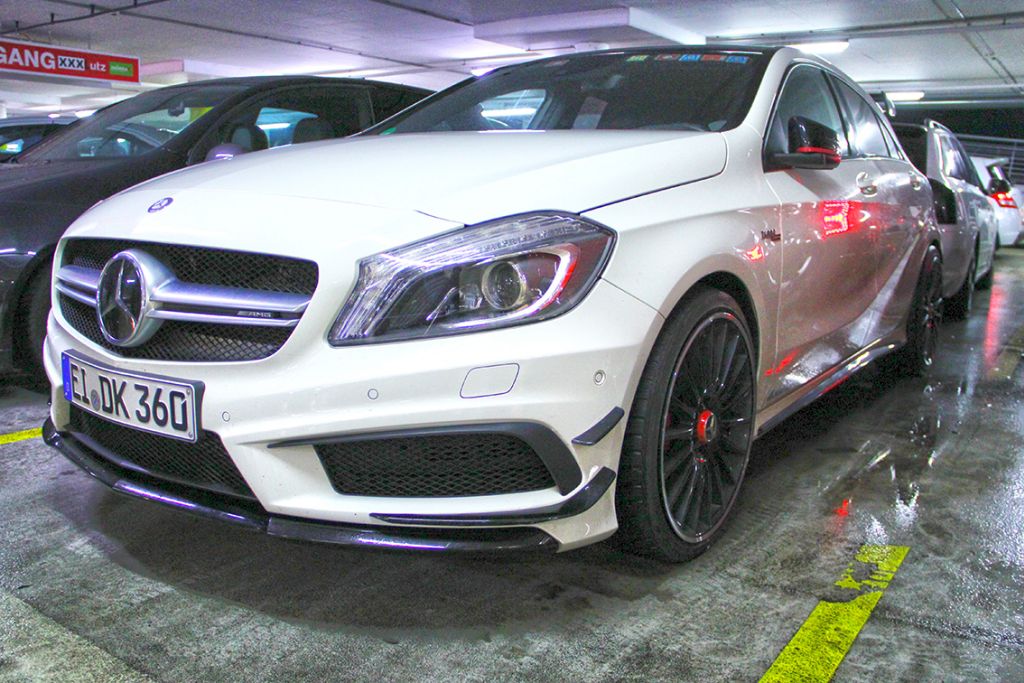 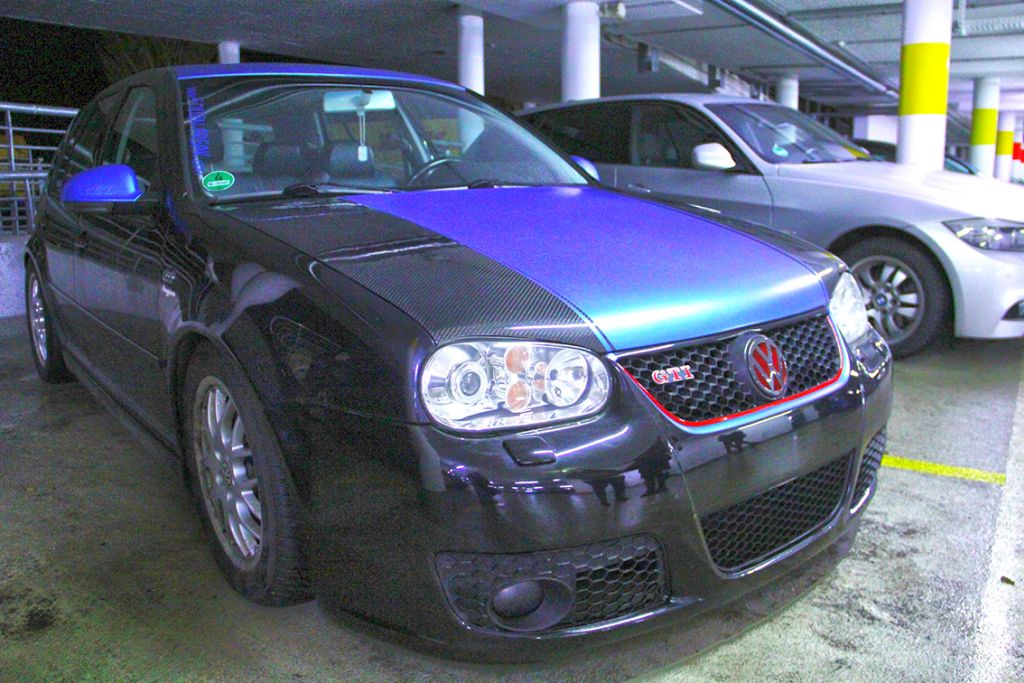 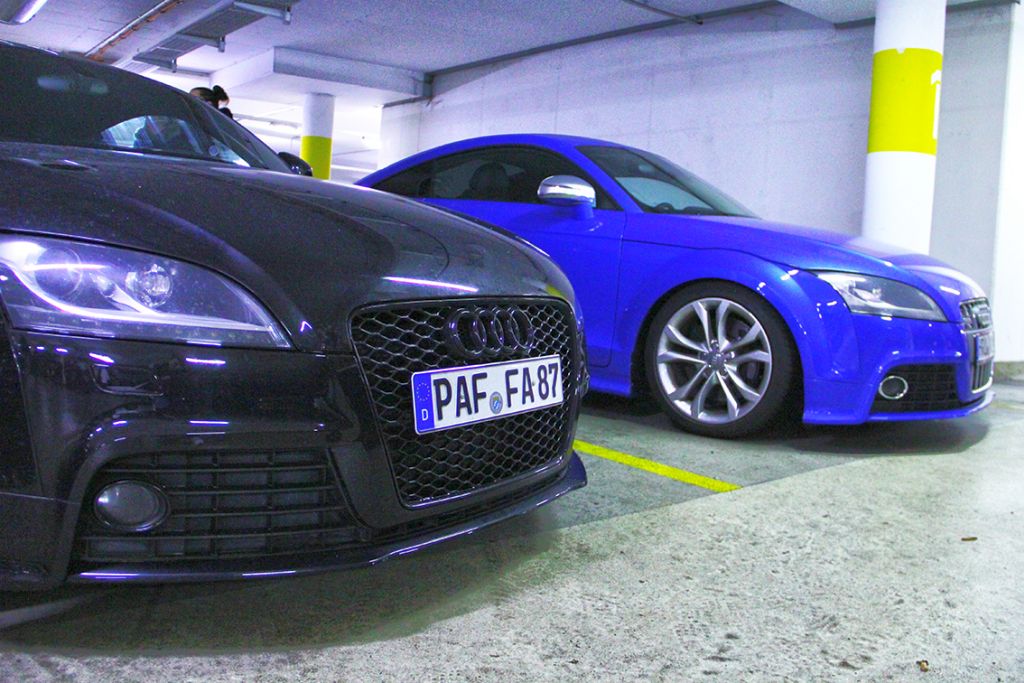 The meeting is supposed to start at 9 pm like always. I arrive the Aschheim exit of the interstate in time and without problems. But the problems start right here because the exit is exactly where the traffic jam starts. My navigation system tells me 1.3 kilometers to go. Taillights wherever I look. A solid line of cars in front of me, a solid line of cars from the left and only moments later a solid line of cars behind me. I need more than 15 minutes only to pass the interstate exit. Some cars are already turning around. A guy pushes his pedal down to the floor and his engine roars. 20-30 other guys follow his example. Did residents complain about the event? Was it the local politicians? Nobody really knows what happened and why the rental contract from Streetculture was canceled but I am sure, to rev all those engines does not make it any better. Another 30 minutes later my navigation still shows 900 meters to go. More and more cars are driving away in the other direction. I make use of my first opportunity and take a right into an abandoned industrial area. Finally I find a parking lot behind a supermarket and I decide to take a walk. 10 minutes later I made it. 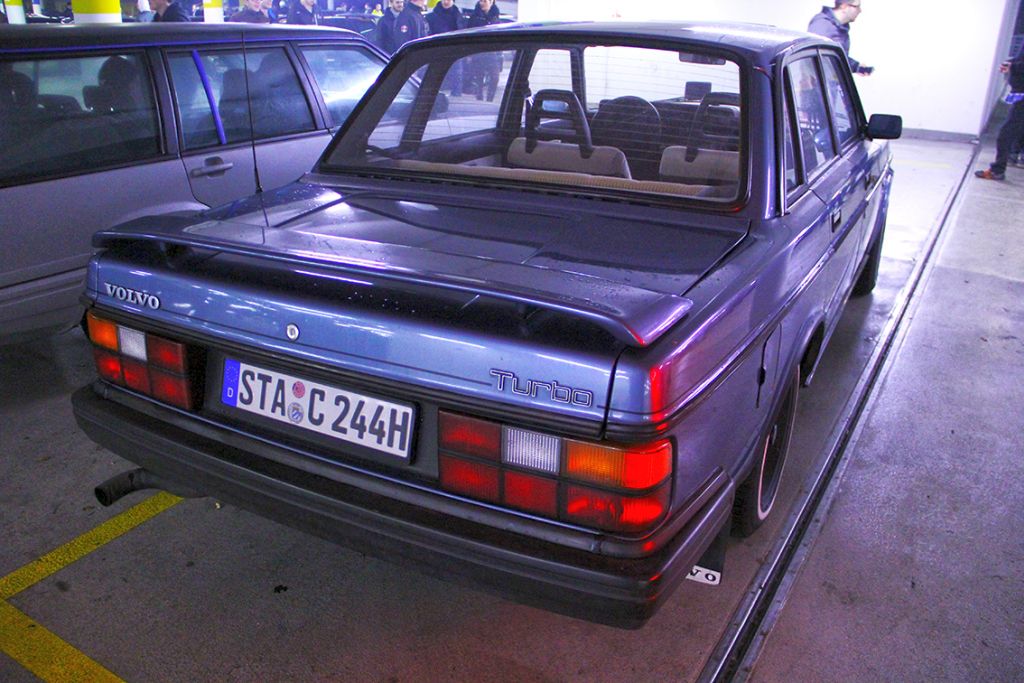 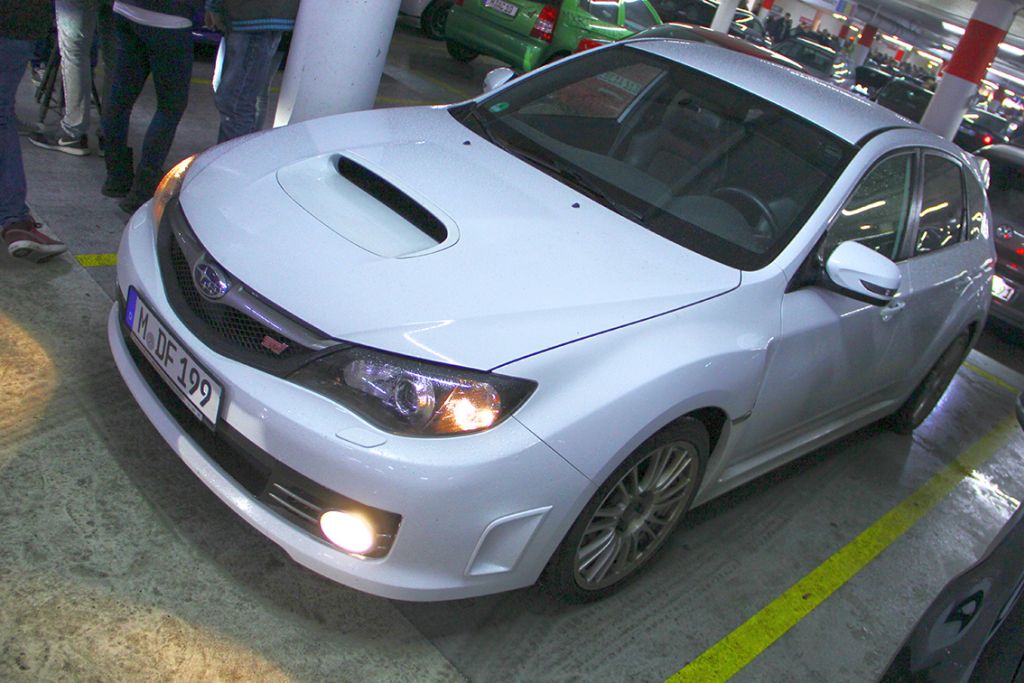 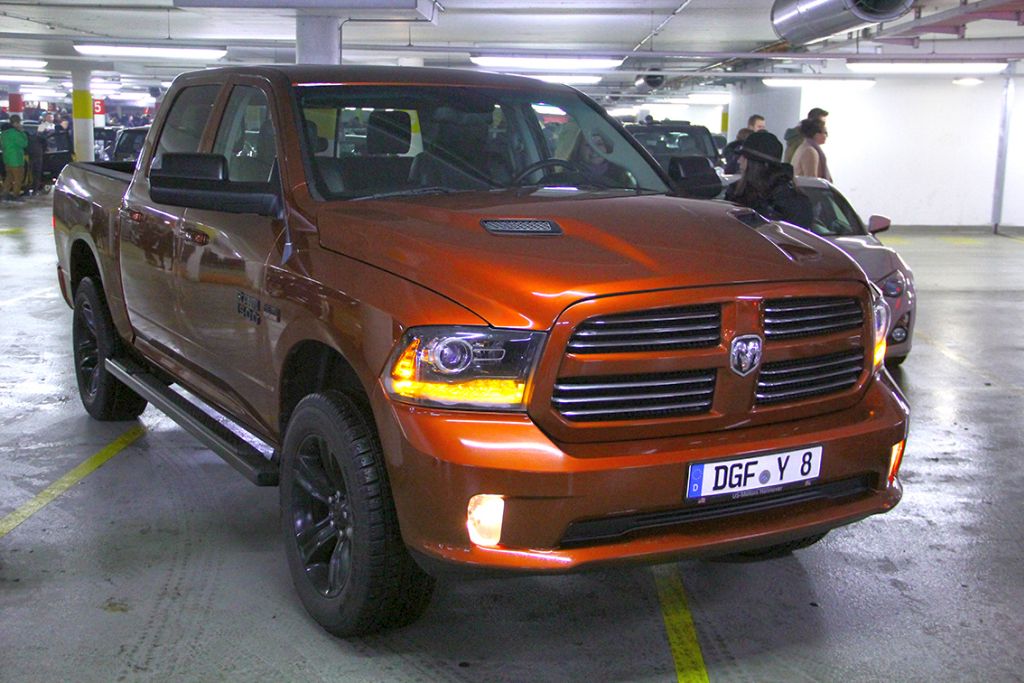 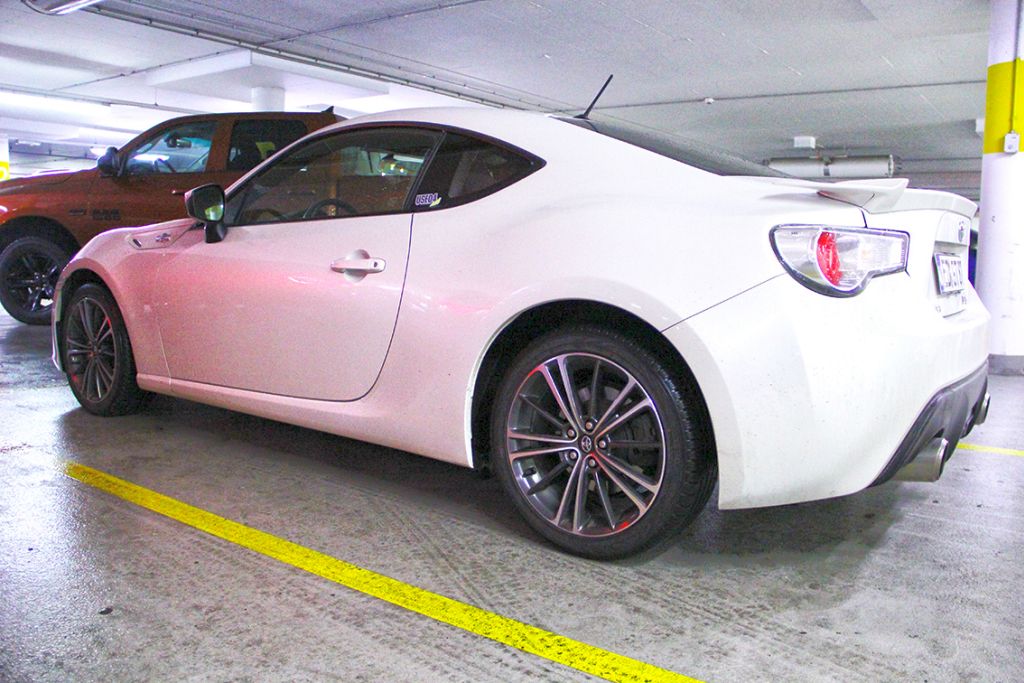 Streetculture called for a last deployment and the car scene answered. Outside parking lot – full. Garage – full. Access roads – full. Respect – Streetculture is obviously very important for a huge amount of people. One more time a big car party and all this is happening in the middle of winter. A rich bass sound of terrific depth booms through the night, some folks are sitting on their camp-chairs, a girl in front of me is dancing between the lanes and a little kid has it`s very own fully tuned electric car with music on board. The cars? Expensive premium rides, a lot of stock, some big american trucks, the well known kings of winter from Mitsubishi and Subaru, tuning-cars with a full year license-plaid, junk painted in wall color, a lonely Supra and an even more lonely Mustang. But all this does not matter today. Groups of young people, young tax-payers, young citizens are standing around and discuss. They wonder why there is no place for them in this world and this is exactly the question we should ask at this very moment. 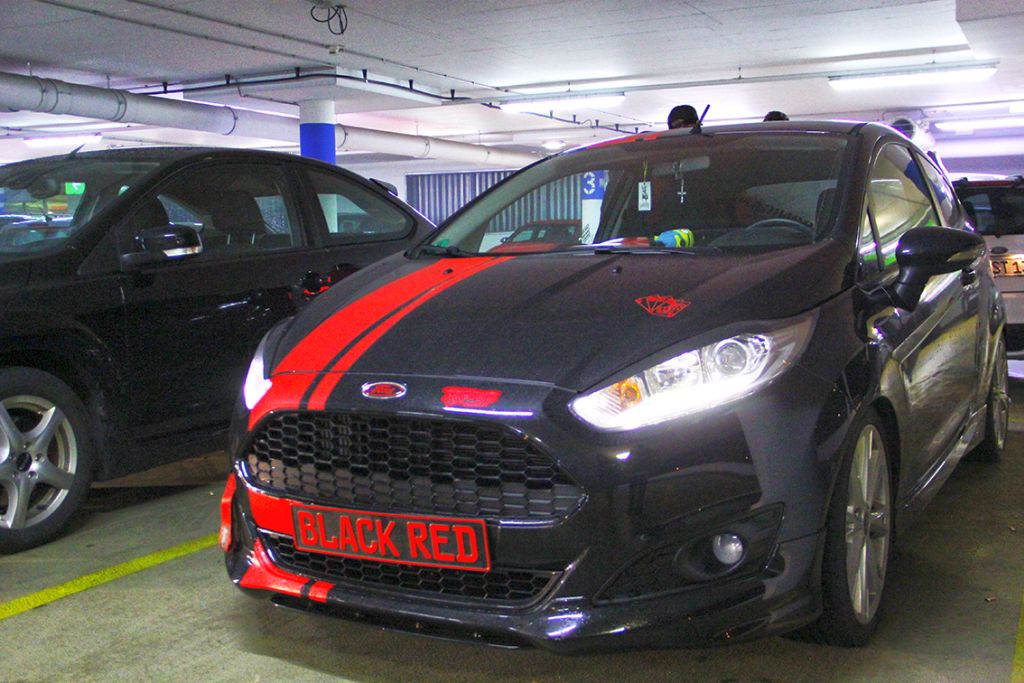 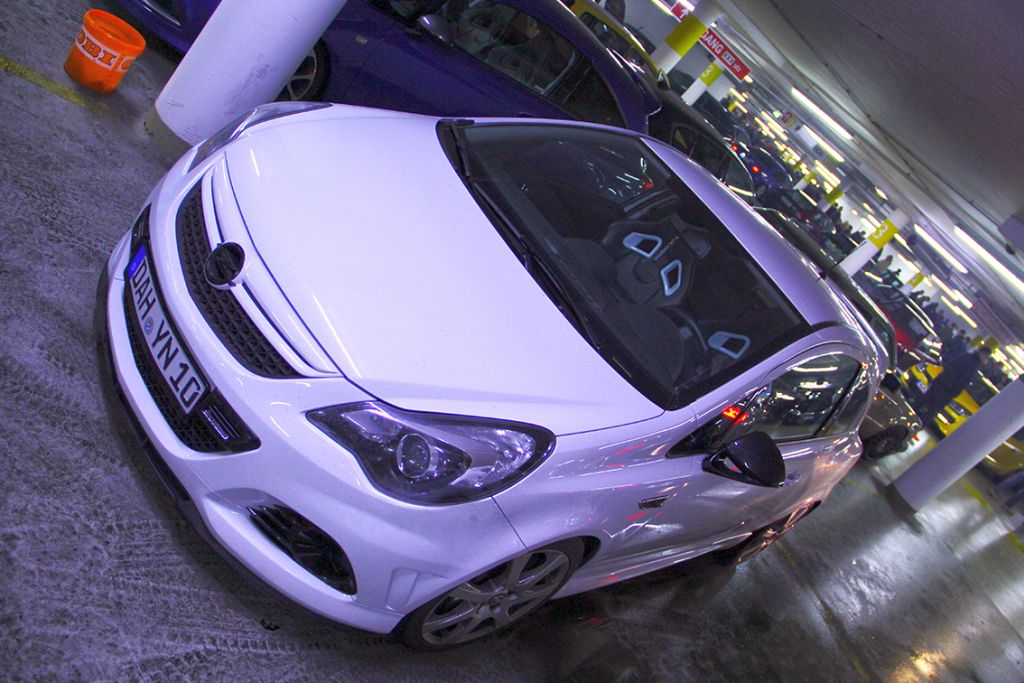 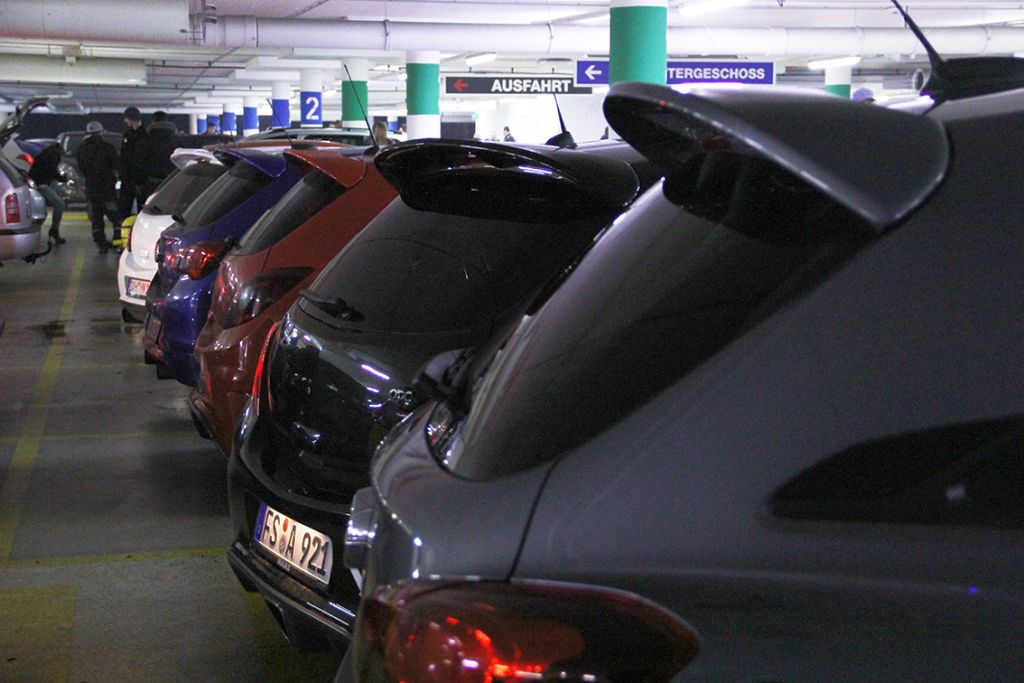 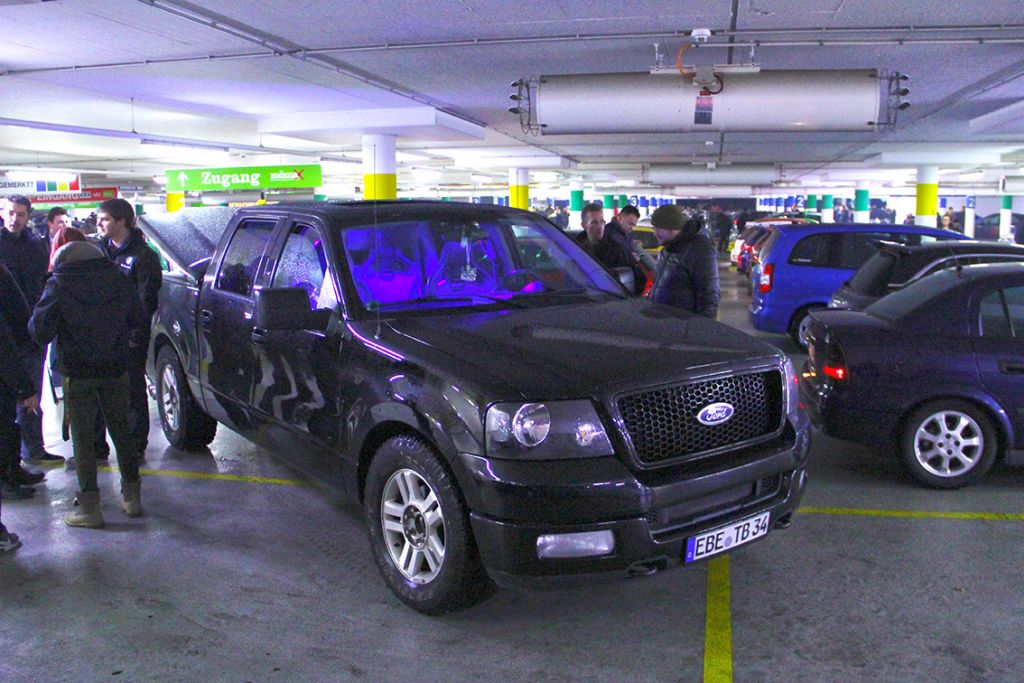 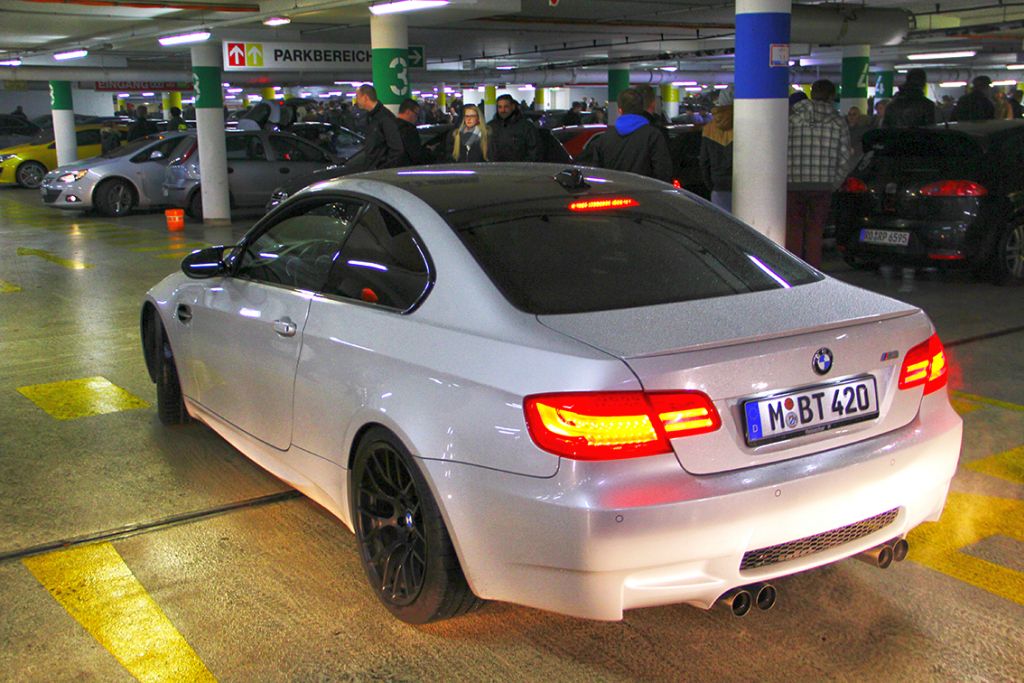 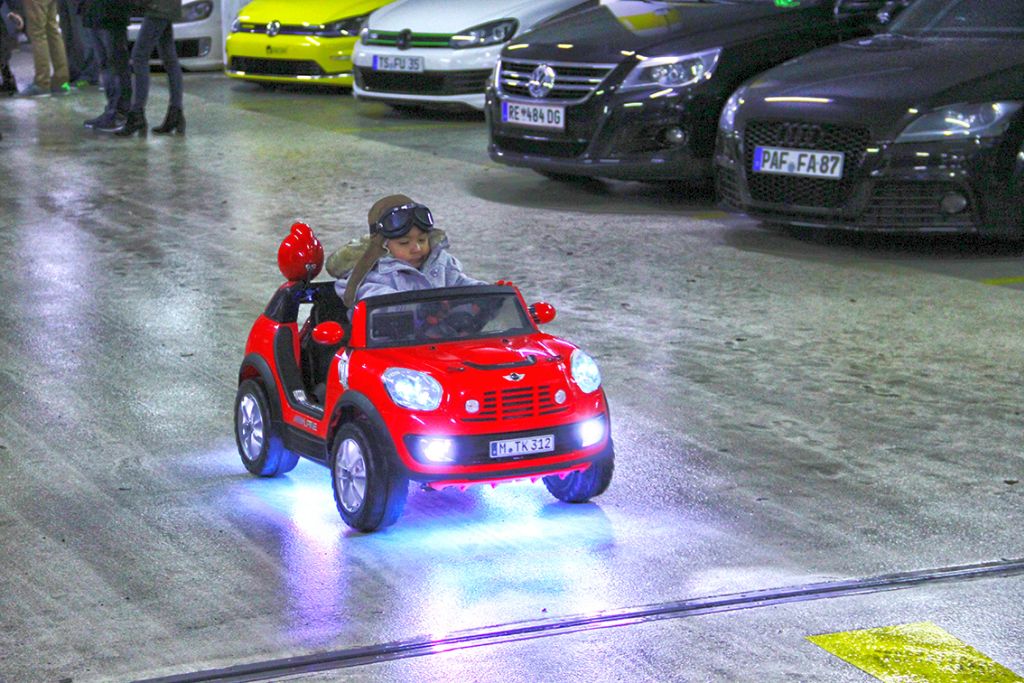 Of course, there are all these guys who love to lay rubber on the asphalt, who can`t stop to rev their engines and who don`t dare to make a race at the next city light. And if they don`t do it on those events they probably do it in the very same moment when they are leaving the event area. Those guys are an annoyance to every promoter. But is this fair? We will talk about that a little later. The every day press has found many words for all this car people and most of them are not very friendly. Speeder, horsepower-swank, horsepower-rush, lunatics, illegal and dangerous are those words you usually read when they write about car-people. Great headlines for a little fringe-group which seems to be a perfect target for all of this. Unfortunately, all those sales agents driving less than a meter behind you on the autobahn with their black shooting-brakes, the „on-the-limit“ speeding utility-van drivers and the never changing middle-lane drivers are not that simple targets for the mass media. Because all those people are the majority and majority can not been attacked that easy. But tuning people are strange in the eye of the majority and we have to ask ourself, why is that? 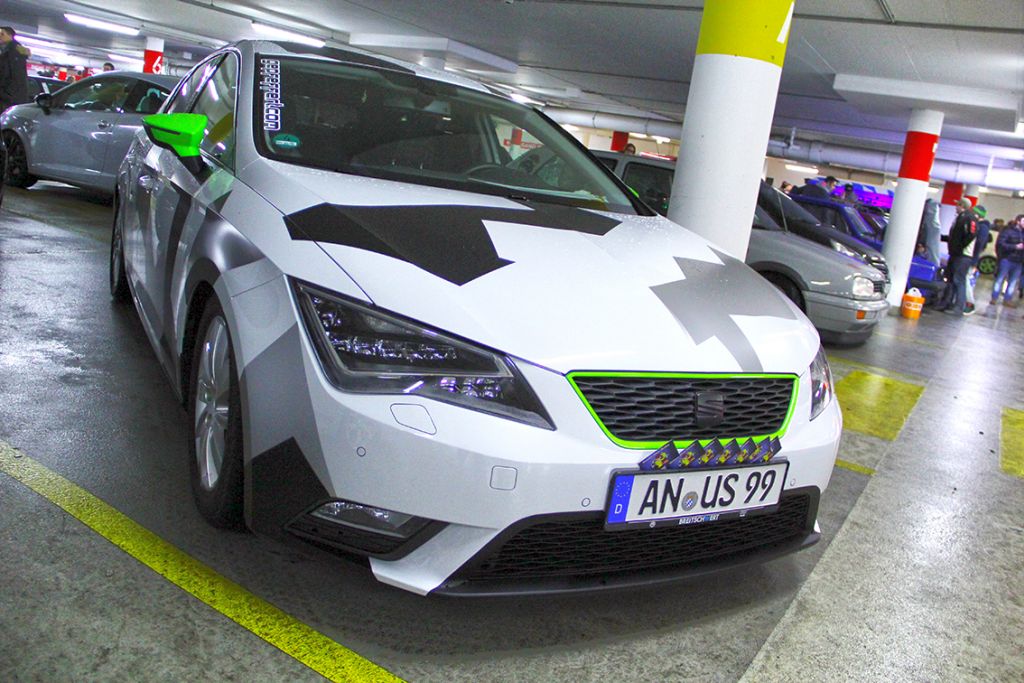 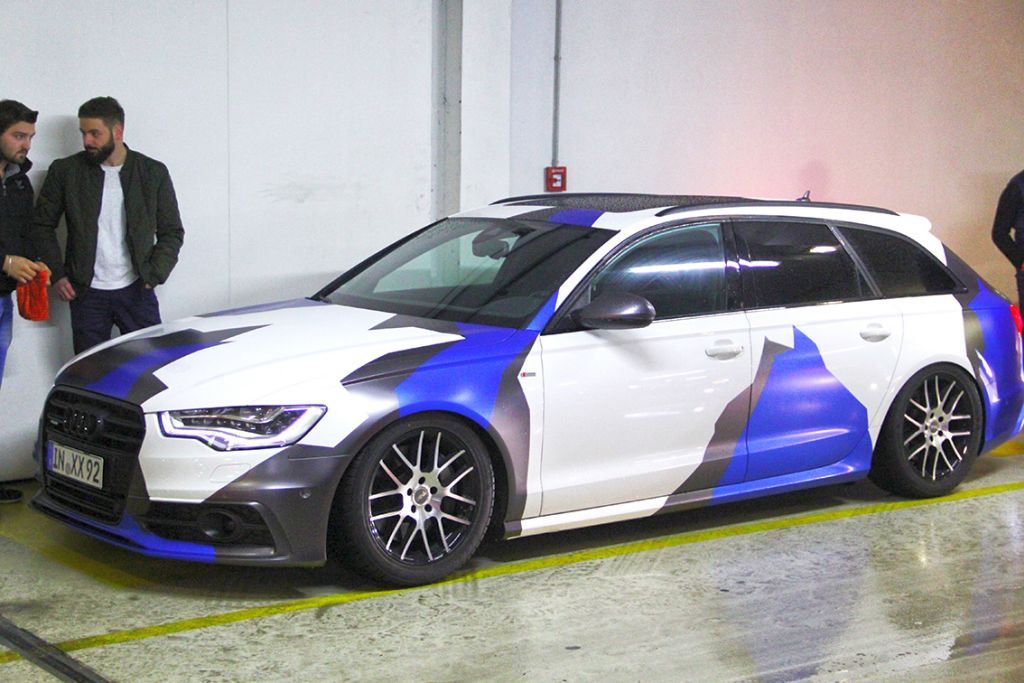 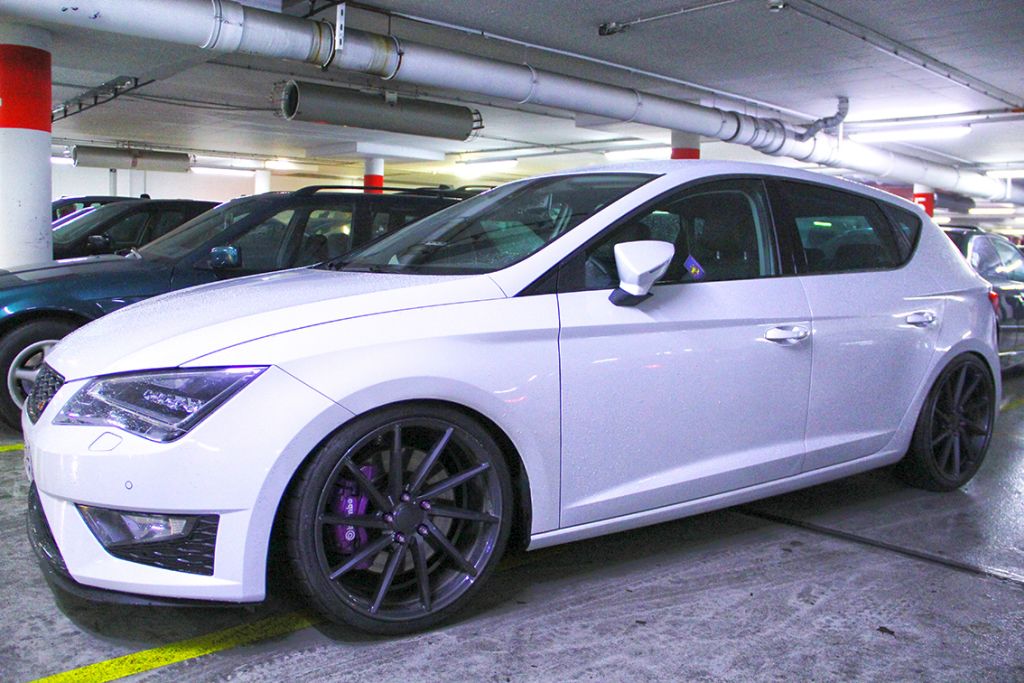 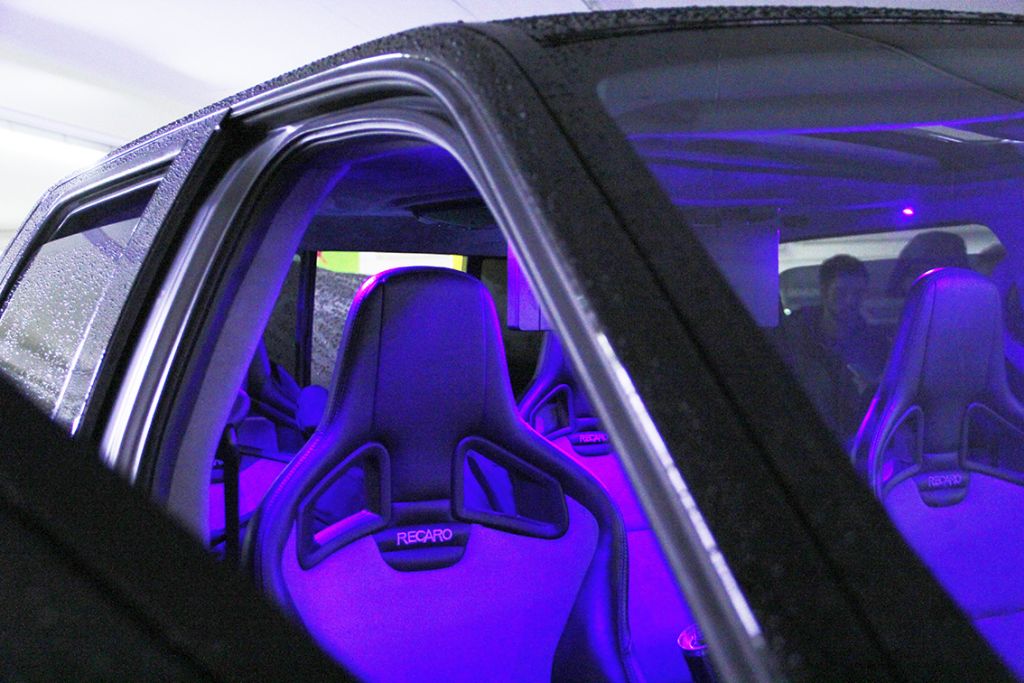 Germany makes a very good living from it`s car industry. German brands conquered the world market and they offer us faster, bigger and more expensive cars every year. You are really cool if you own the new sports-car which accelerates in 3.8 seconds from 0-100, you have a good reputation when you own a new luxury vehicle with massage seats and your are really hip if you own a completely connected car. But at the moment you become addicted to cars than you also may become an outsider really quick. Of course, your are more than welcome to spend all your money for a such a ride. The government loves to get the 19 percent value added tax from you, the car tax and also the insurance is happy if you drive an expensive ride. But at the very moment the long desired 400hp race-car is in your garage, never forget: don`t stand out and be virtuous. Movies, brochures and reality are not going together anymore. They sell you dreams of cool, luxury and adrenalin but the truth on german streets is more like traffic-jam, radar traps and eco-activism. Ok, if I am rich I buy me a stallion or a bull from Italy and I probably don`t care about all this because I have money and I can buy me the world. But when I am a 25 year old guy or girl and I try to make a race-car out of the old Volkswagen from Mum which eats up my savings, than everybody thinks that`s really odd. And just in case my car (which is still stock) needs 20, 30 or even 50 percent more gas than promised in the brochure, than everything is still ok and nobody complains about it. But if I want to install a sport exhaust at my car than its a really big deal in case it changes the emission behavior and these typical german environmental guardians show up. Some people seem to be more equal than others, don`t they? 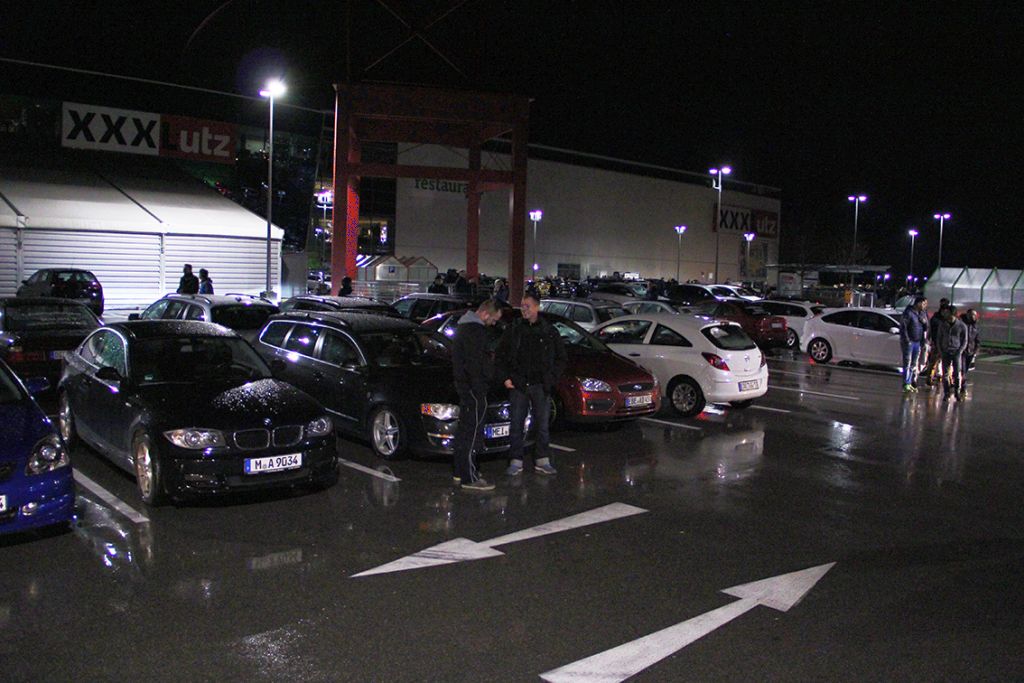 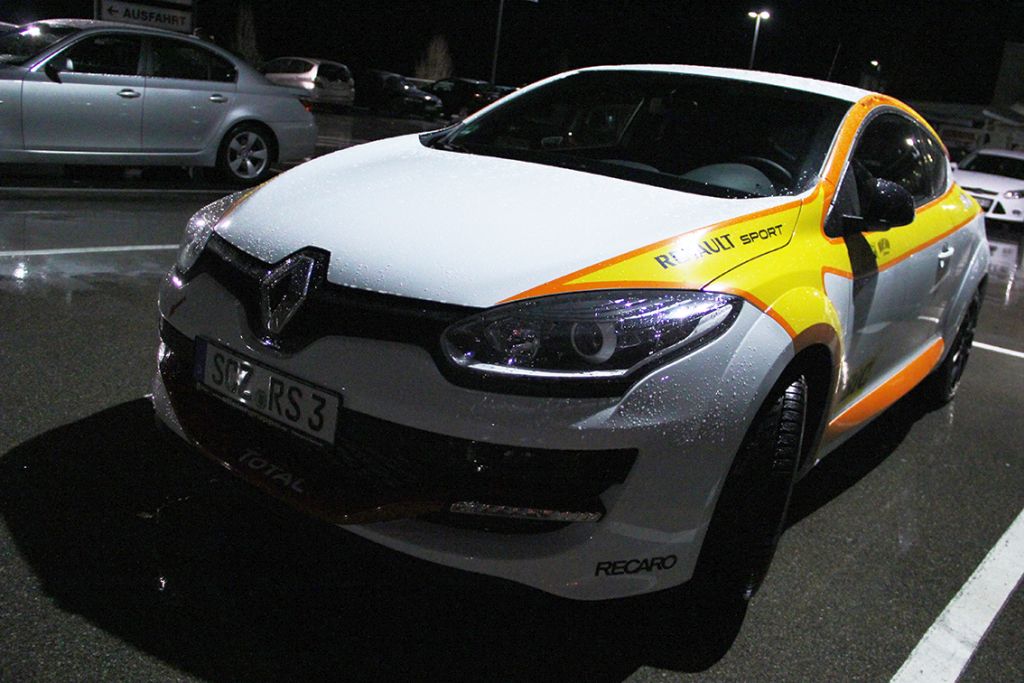 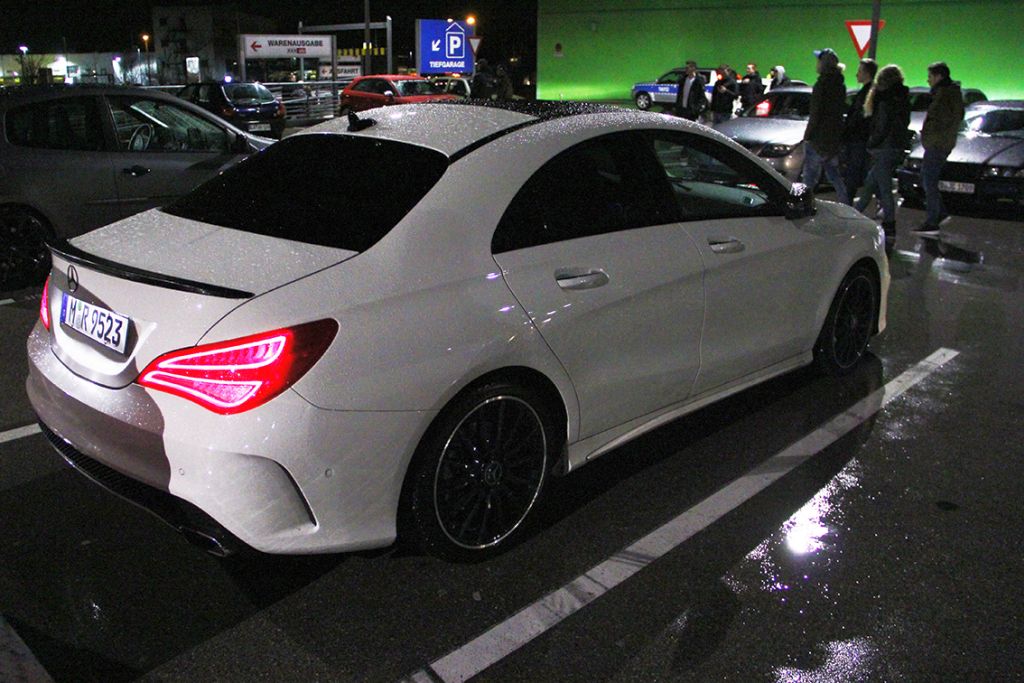 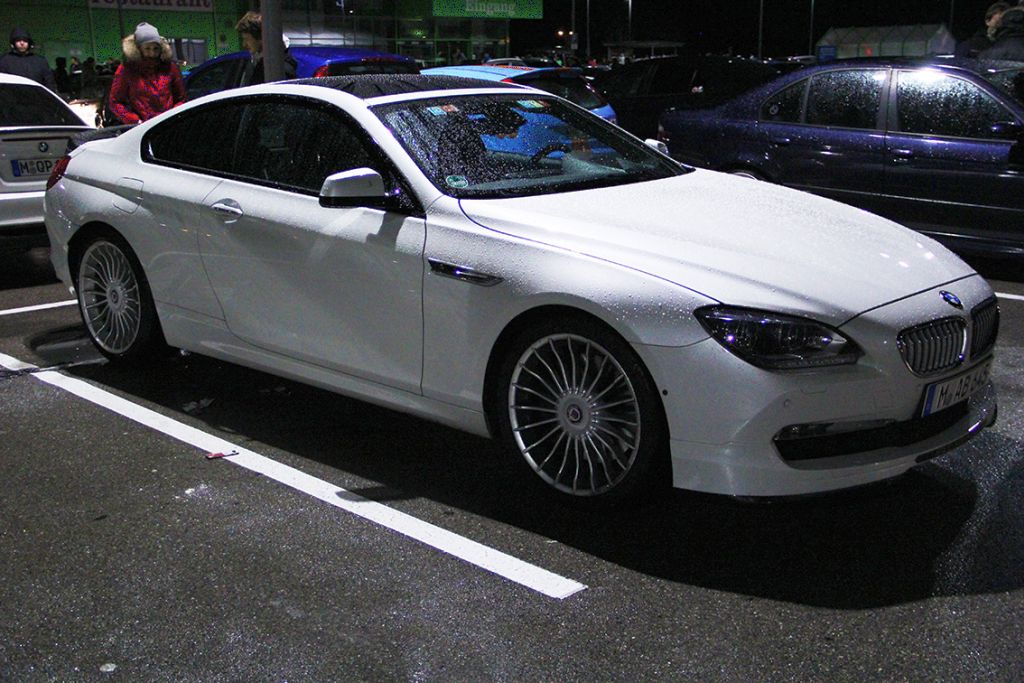 That brings me back to Streetculture. Because, what is Streetculture? It is a meeting from young or a bit older people who are still dreaming the dream of the promised „freedom on 4 wheels“. But – it`s not allowed to meet somewhere illegal. It`s not allowed to race, of course. And it`s not possible to listen to loud music in public. So, there is not much to do left. At least there are some promotors who making those meetings possible in a legal way. And that`s the chance for exactly those car people to meet somewhere, to park their cars, to look what others did build and to discuss about it. Maybe they even drink a coke while doing this. There is usually no alcohol involved because alcohol and cars is like racing and cars. Evil, evil, evil. So lets face it. Basically those people are doing – nothing! Of course, there are those people who like to behave bad as soon as the leave those meetings and sometimes they burn their rubber as a last sign of rebellion. And exactly this makes it so easy to attack the whole event. You have those  critics who don`t even drive a car and that`s why they don`t understand, you have the neighbors which would probably like to sleep and you have the politicians who love to collect voters. Well, you may say, the organizer of those events are not responsible for the behavior of their customers after these people leave the event. You may also argue that you personally would dislike those car people if some little kid pushes his engine to the limit on front of your sleeping-room window in the middle of the night. I would be angry, to! But if we argue like this, I wonder something else. 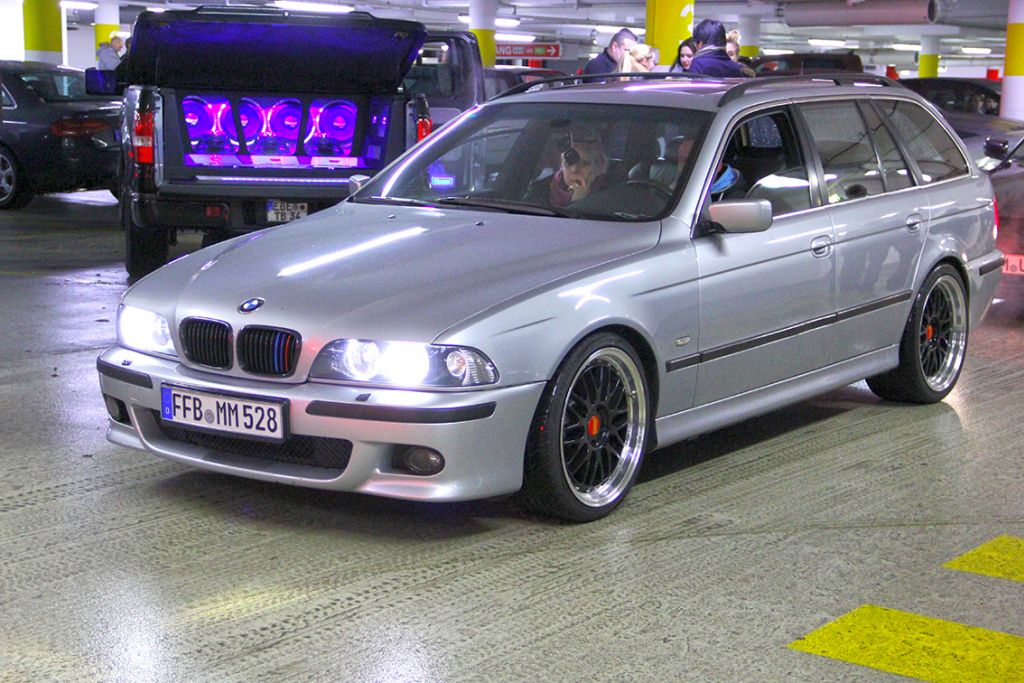 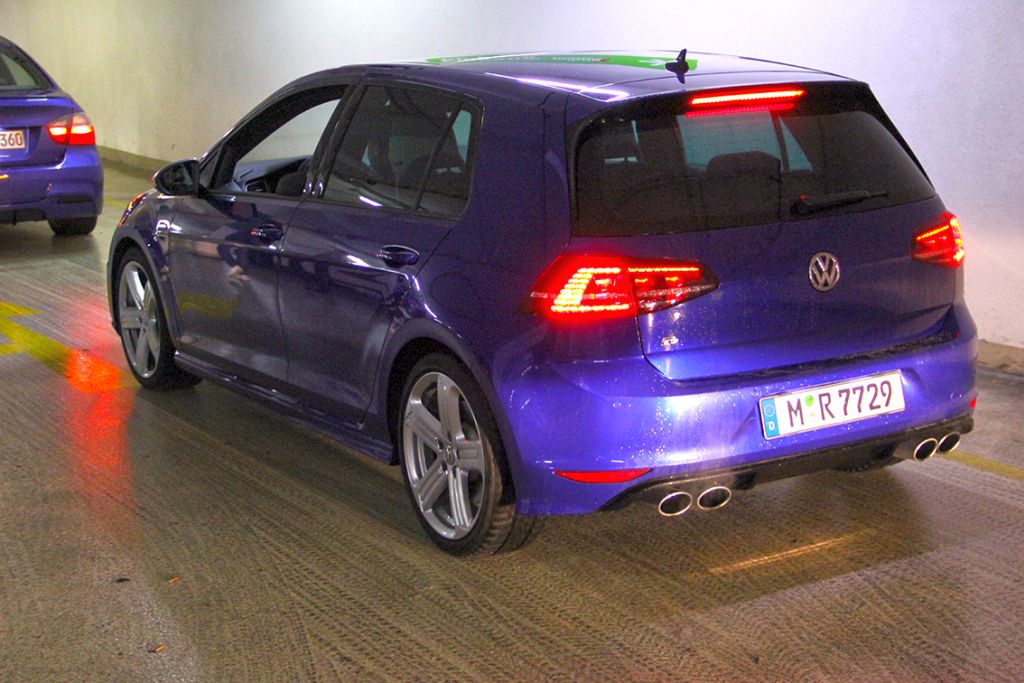 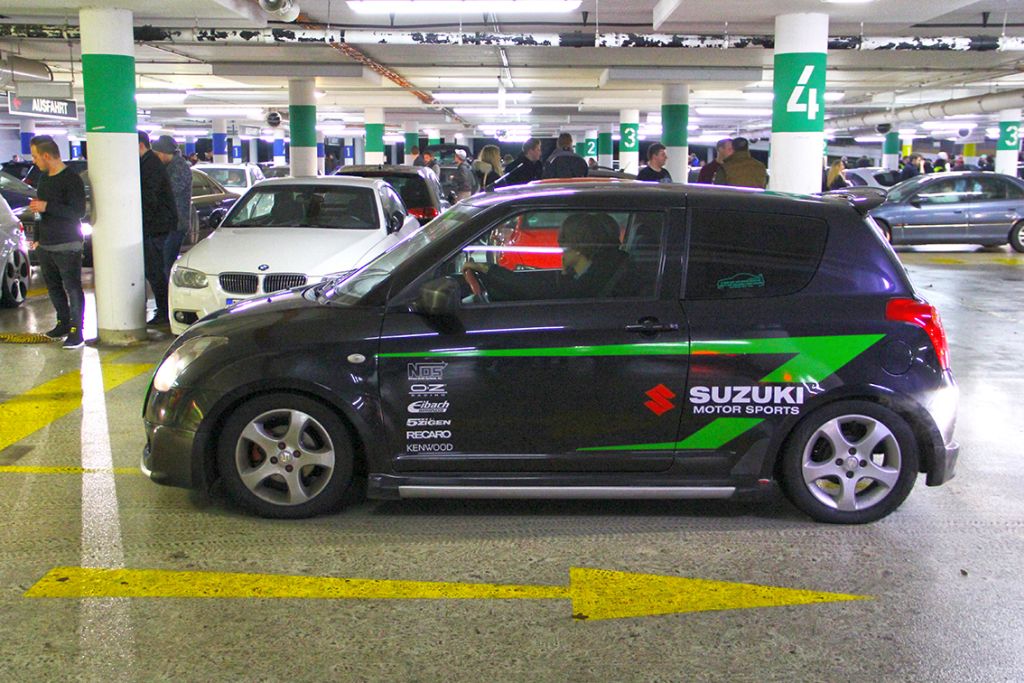 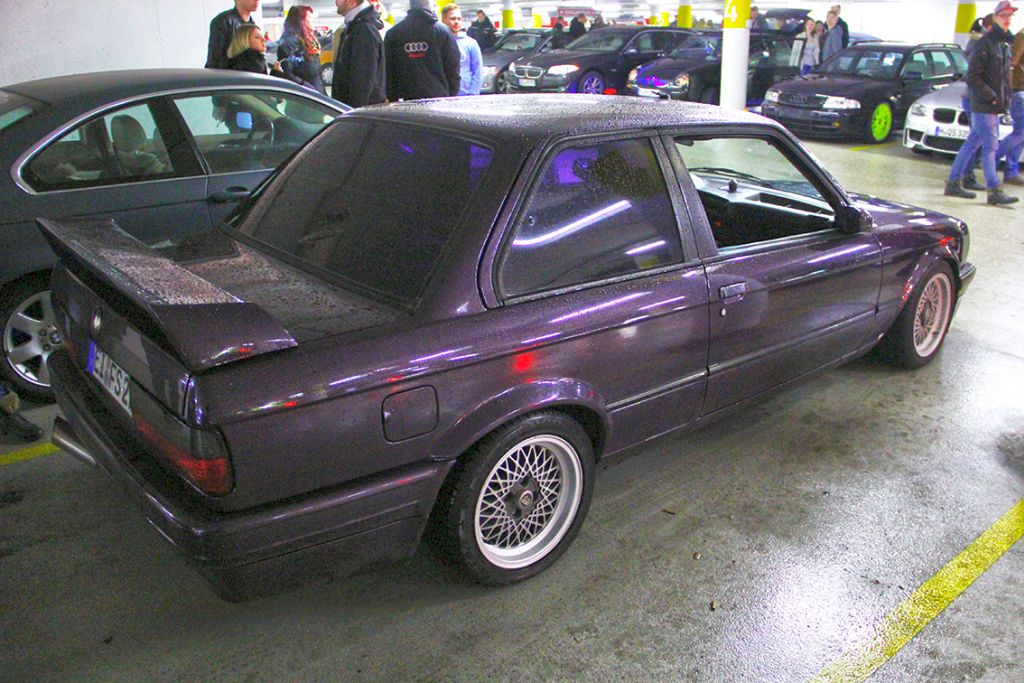 Who will stop the Oktoberfest in Munich? Hundreds and thousands of people are throwing their trash on the streets, drunks are tumbling all around and vomit their last 3 beers on the sidewalks, a lot of brawls are going on and girls get sexually harassed. Who will stop all these big time soccer games when thousands of singing (and often drunk) fans are roaming the streets? What is the difference? All the money which makes a city like Munich from the big soccer clubs and the big feasts like Oktoberfest? The importance of entertainment for the masses to stop them from thinking? What makes car people so unbelievable bad so they need to prevent them to meet at an abandoned industrial area where usually nobody drinks, no girls get raped and no drugs are taken? So many questions and I have no answers! 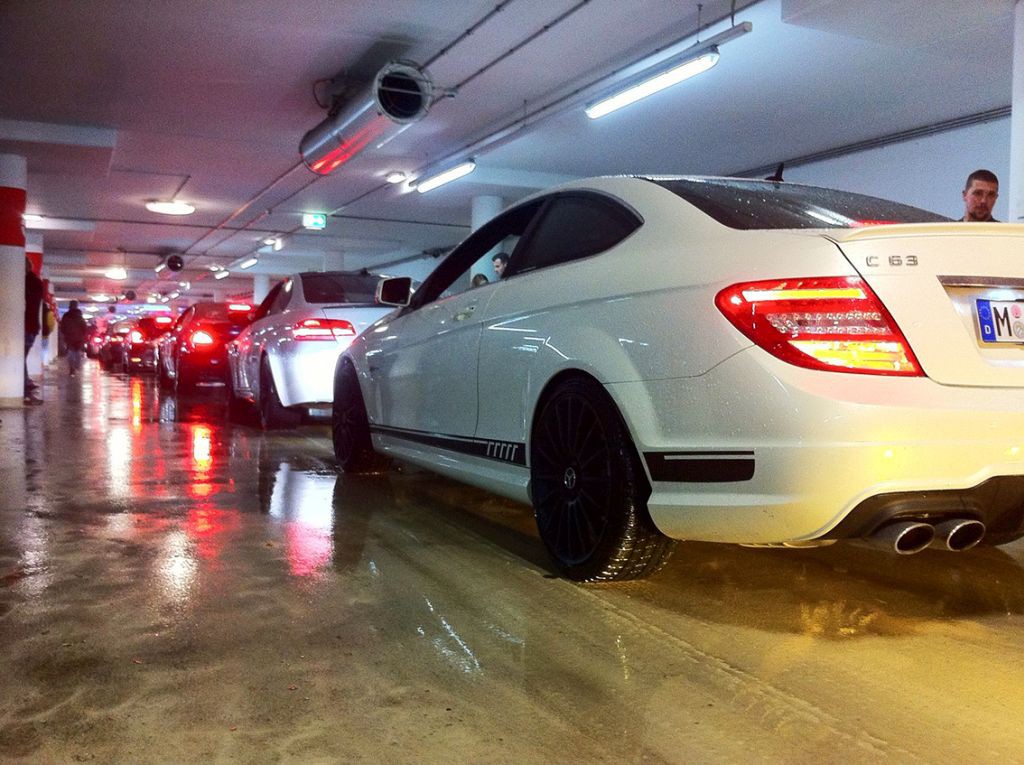 The only thing I know is that those guys and girls could do worse things than that. I would rather like my kids to go to a tuning meeting instead of knowing that there are tumbling around drunk in a club. The only thing left to me ist to say thank you to Streetculture for all this wonderful years and thank you to all other promoters of those events. Don`t stop and and just go on, making cars fun again!