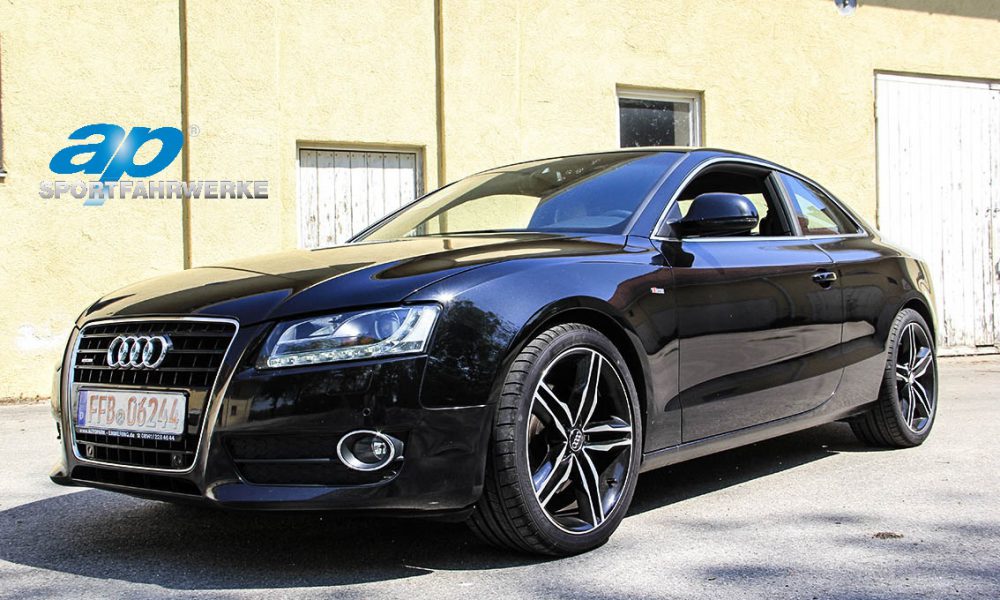 When Audi presented the A5 in the year 2007, i was already sure that it would become a hit. Finally a real fancy coupe with a flawless design. A car for everybody who – in a double sense of the word – is grown out of the TT age. That means also a car for a sporty ride on the country roads as well as a car for an evening in the elegant atmosphere of an opera house. Unfortunately, such an A5 is not that cheap but now, many years after the car did hit the marked, you may get a good one from one of the first production years for a reasonable price. And it`s really not a big surprise that the car is also a great base car for some real upscale tuning.

A little A5 story
I read that Walter de’Silva once had said about the car: The most beautiful car I have ever drawn. And even I, as a neutral writer, have to say he had done a great job! Something big was coming from Ingolstadt, a car which showed the competition how an upscale coupe should be done. And the car is not just big in a sense of being a huge success its also big in its measurements. With a length of almost 4,63 meters, a width of about 1,85 meters and a weight of 1,6 – 1,7 tons it looks pretty intimidating. Of course, between 2007 and 2016 (when the car got an successor), it was offered with many different engines, it got some facelifts and it was also offered as a coupe, a convertible, and a so called sportback, which means, a sporty 4-door sedan. 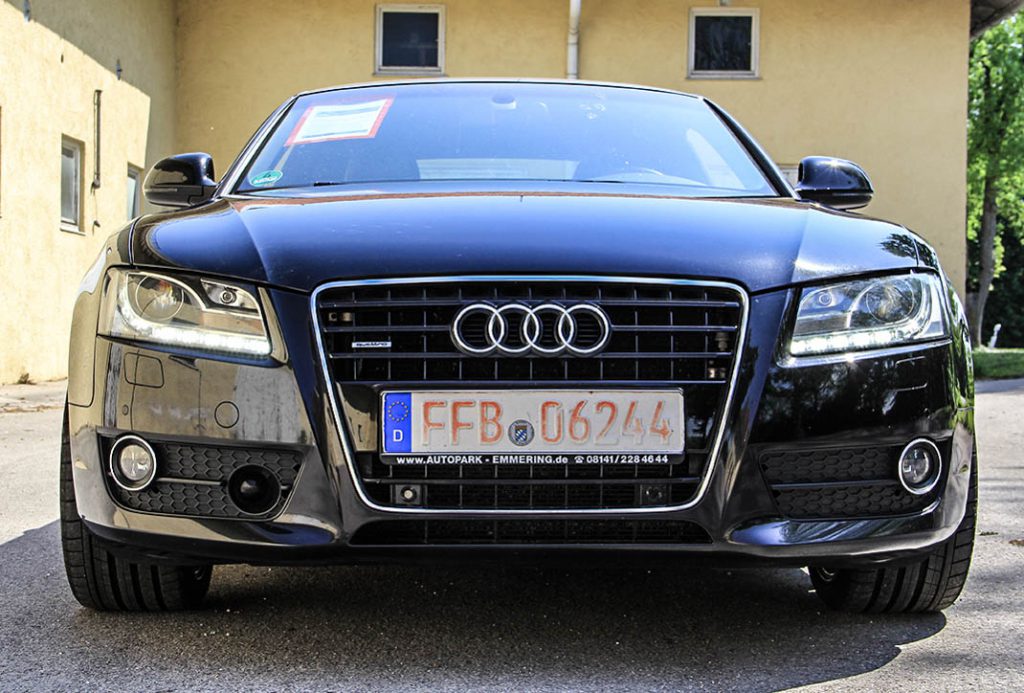 The test-car
But let`s stay with the basic idea. I get me a coupe because I think the coupe shows the wonderful design at its best. Regarding the engine, I have many choices between 144 up to 450 hp. I take a car with a great compromise between sportiness and a reasonable price, the 3.2 FSI. It is also equipped with a „tiptronic“ and „quattro“ and the 2009 model is sold at http://www.autopark-emmering.de for 18.850 Euro with 118.000 km. 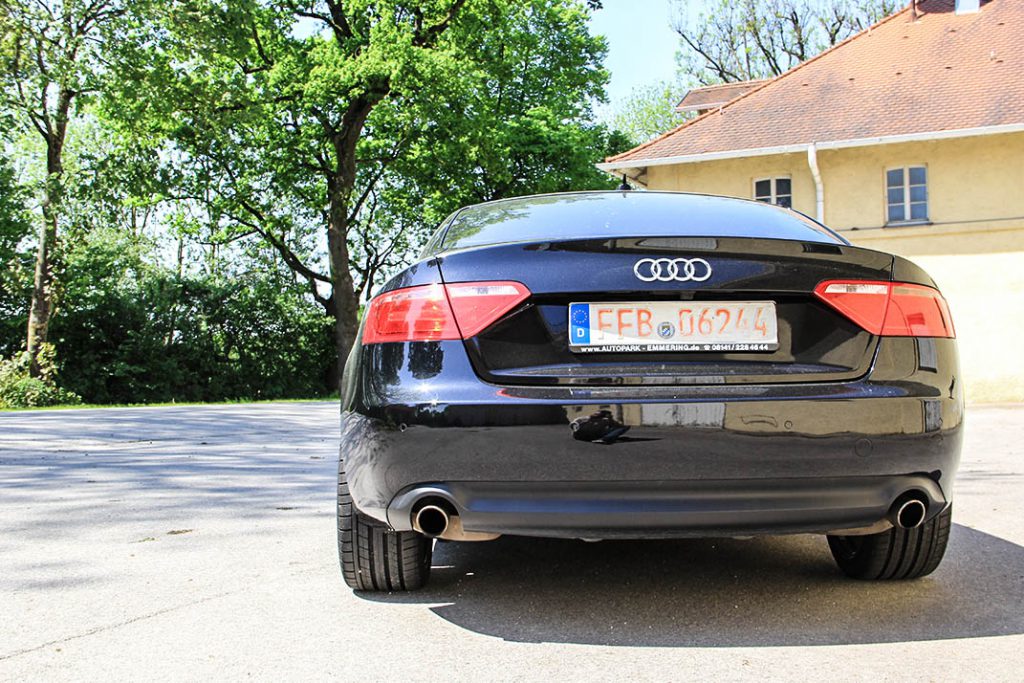 First contact
The car looks pretty nice for a 8 year old car. Black paint, black leather and a complete checkbook. I see, the pre-owner obviously liked his car and took good care of it. And after opening the door my first impression is confirmed. All looks fresh and appealing. So, time to enter the car. 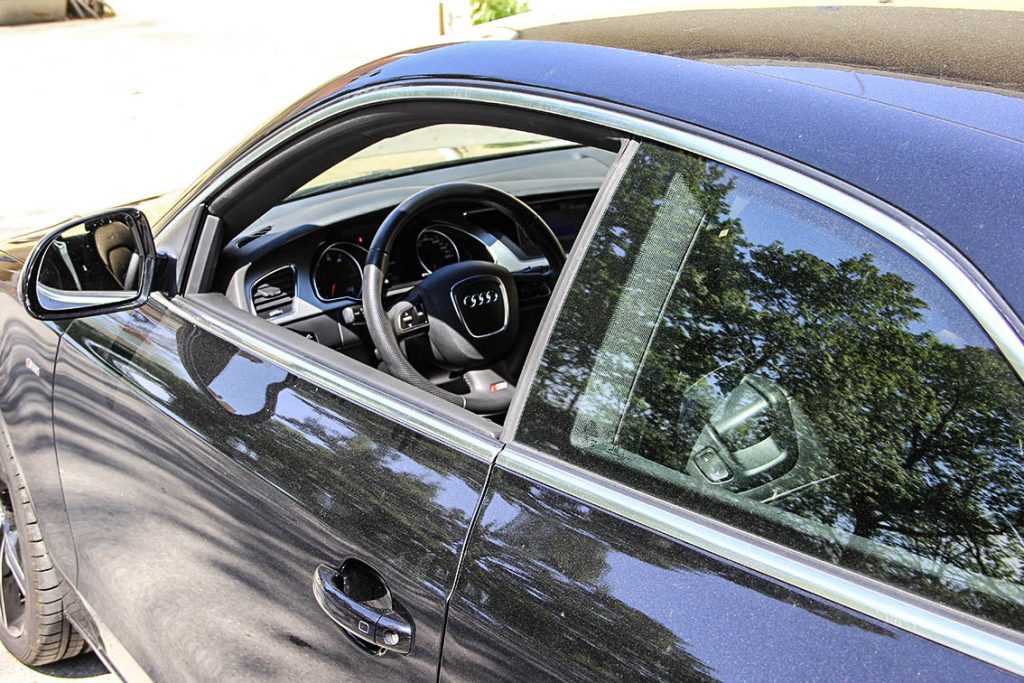 The interior
The bucket seats offer very many different options and it is pretty easy to find a good position for me. Ok, some guys wrote articles about the car, calling it a car with 4 full-fledged seats and I would not agree with that. But who cares, I am looking for a nice GT and not for a family van. The leather is still in a good condition and all the interior is very well done, exactly what you may expect from an Audi. In addition, an army of buttons tells you right away, that the pre-owner ordered a whole lot of extras. Navigation, pre-heating, camera(s), Xenon, daytime-running-lights and much more makes driving a comfortable experience. 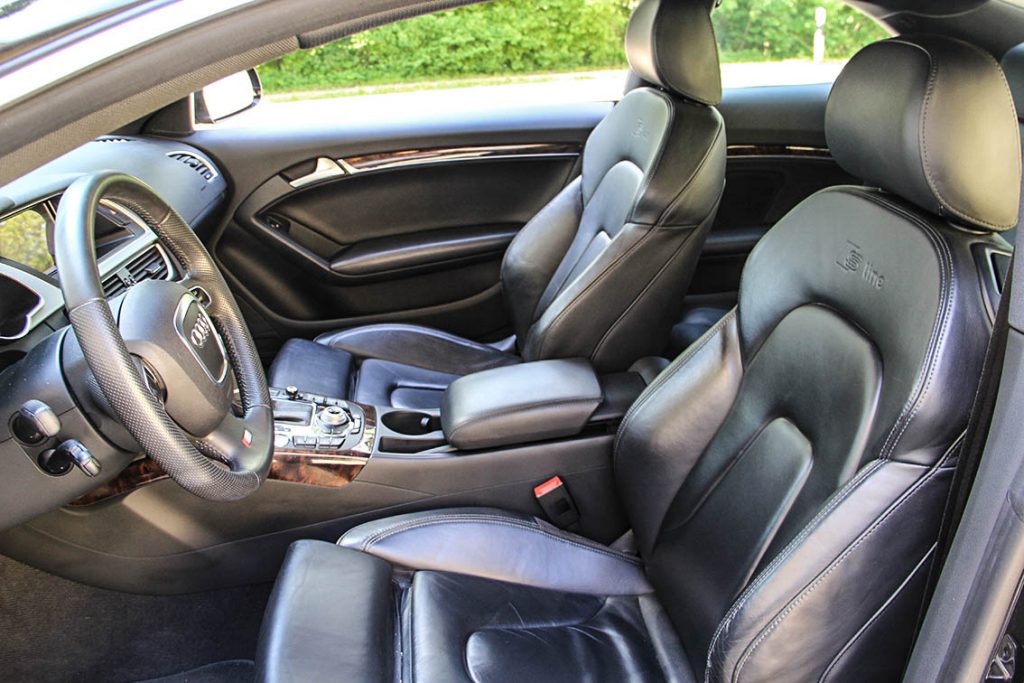 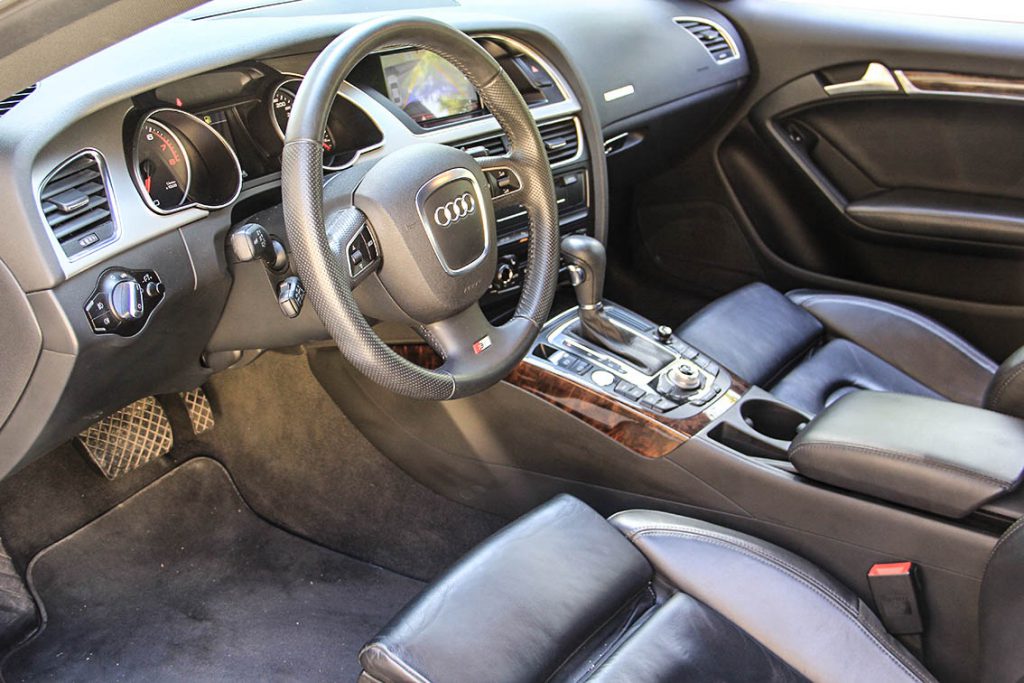 On the street
Because of all the craze of the last years to make engines smaller, the production of the 3,2 was stopped after some years and because of that, the prices for cars with that engine dropped. To bad, if you asked me. For me, the 3,2 liter engine, here with 265 hp, is a honest and good engine. Not one of these pumped up 200 hp sopeboxes with a lawnmower cubic capacity. Ok, let`s go. Push the key in the slot with some pressure, automatic down to D and we start cruising the village. Windows down, music loud, sprawling in those fabulous leather seats: Hey mamacita, wanna go for a ride? Perfect for a trip down the ocean front boulevard to pic up some girls. But also perfect for a thrilling ride on the Autobahn. 6.1 seconds from 0-100 km/h and 250 km/h top speed. It`s not a super-sportscar but its already a ton of fun. By the end of the day I really need to say, its just one great car! 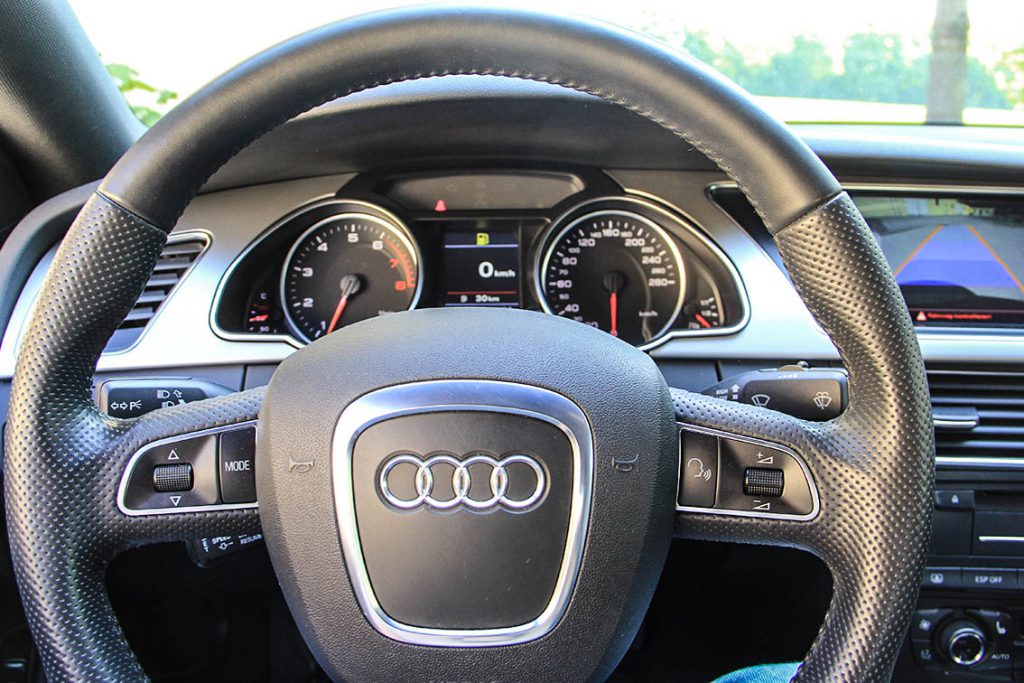 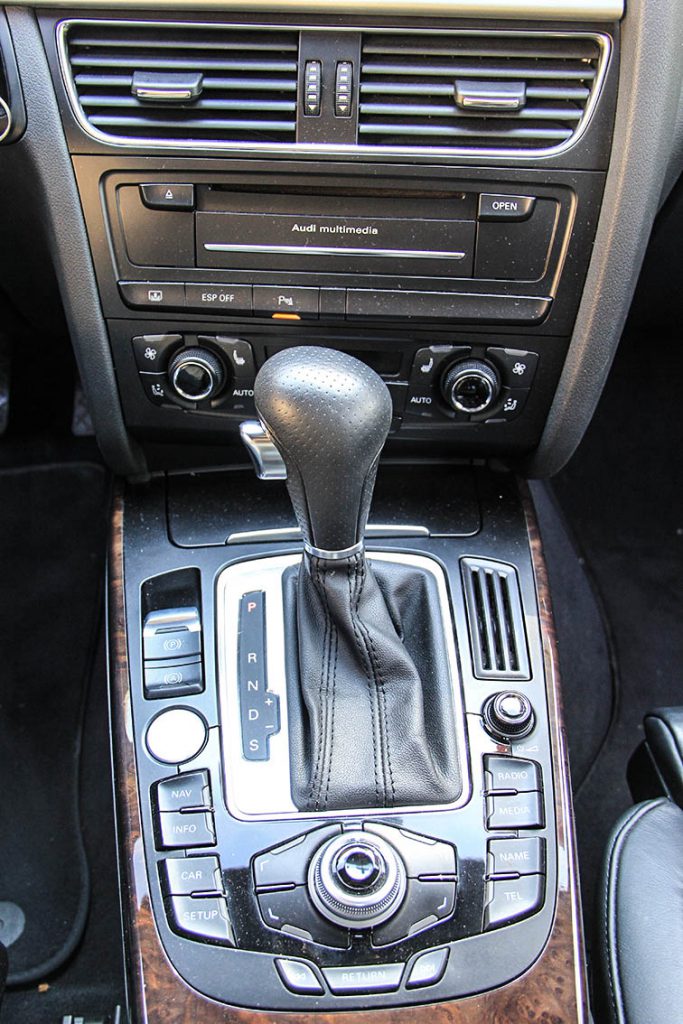 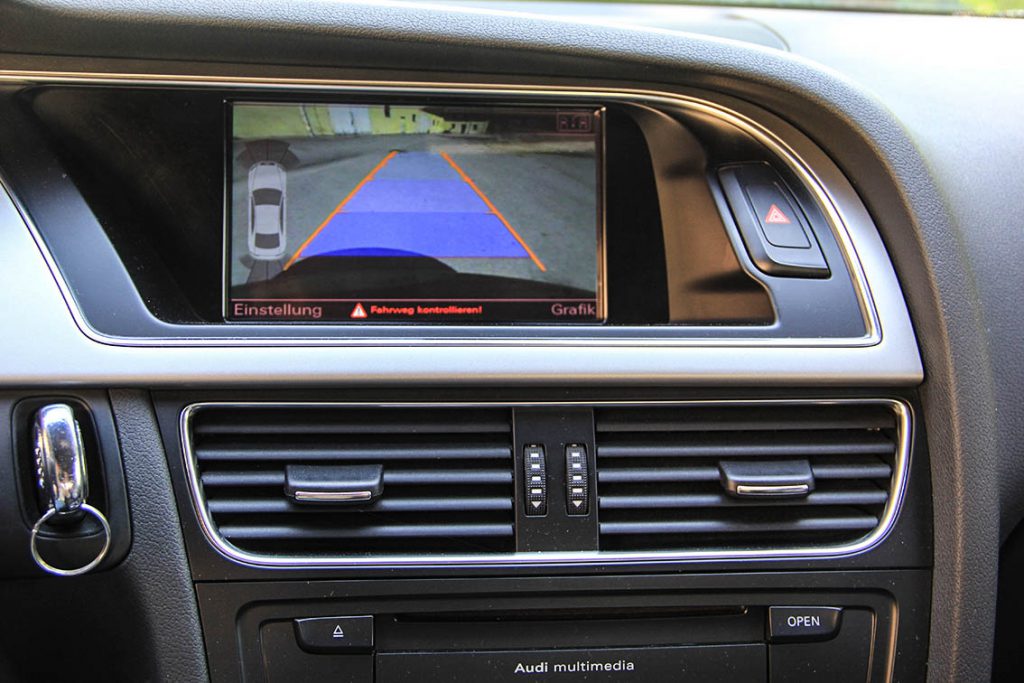 The suspension
And just in case you wish even more sportiness in your A5: Now, ap even has a sport suspension kit in program for the Audi A5 (B8) from year of construction 06/2007. The new sport suspension gives the Audi A5 a sportier handling and a more direct handling. Furthermore, the Audi can be lowered with these ap suspension kit on the front axle 30 mm and on the rear axle 20 mm. This suspension kit is now available for only 389,00 Euro. And if this is not enough for you, also check our coilover-kit. 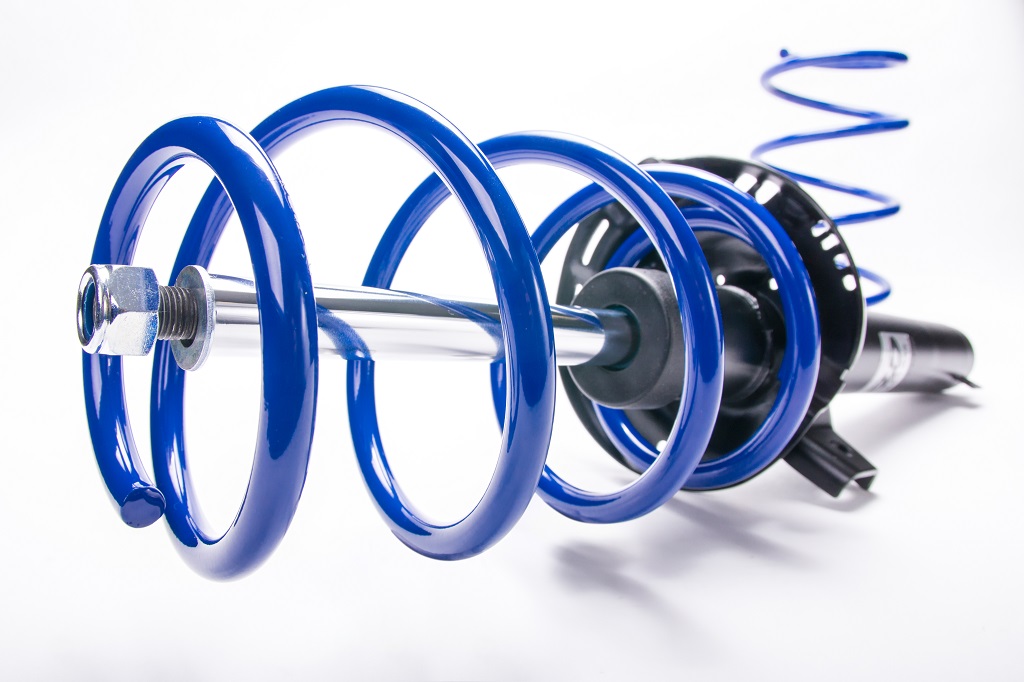 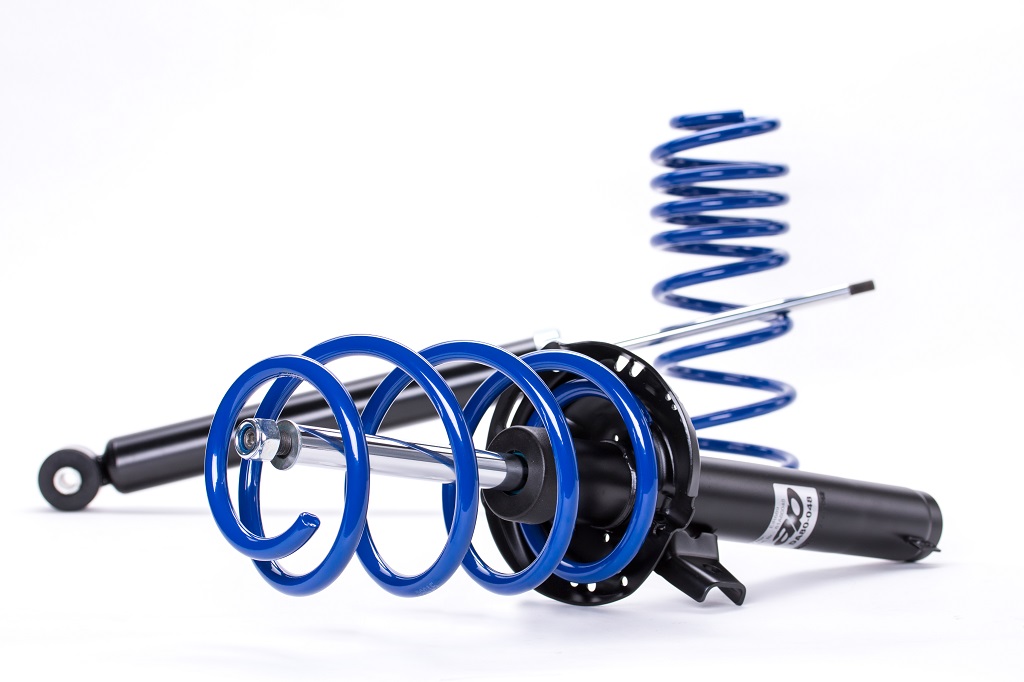 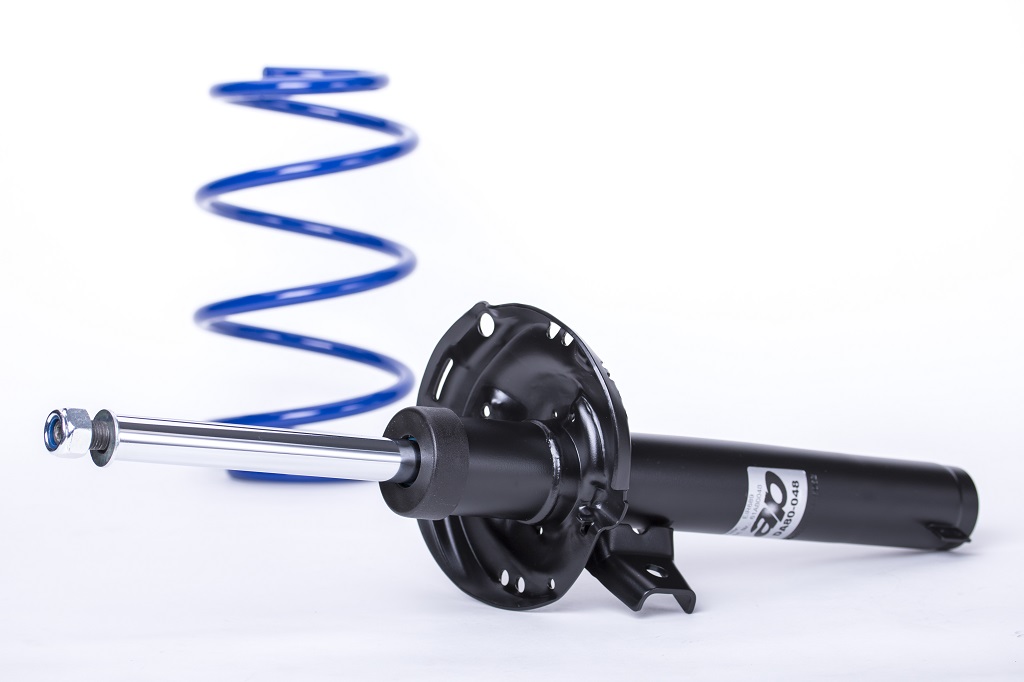