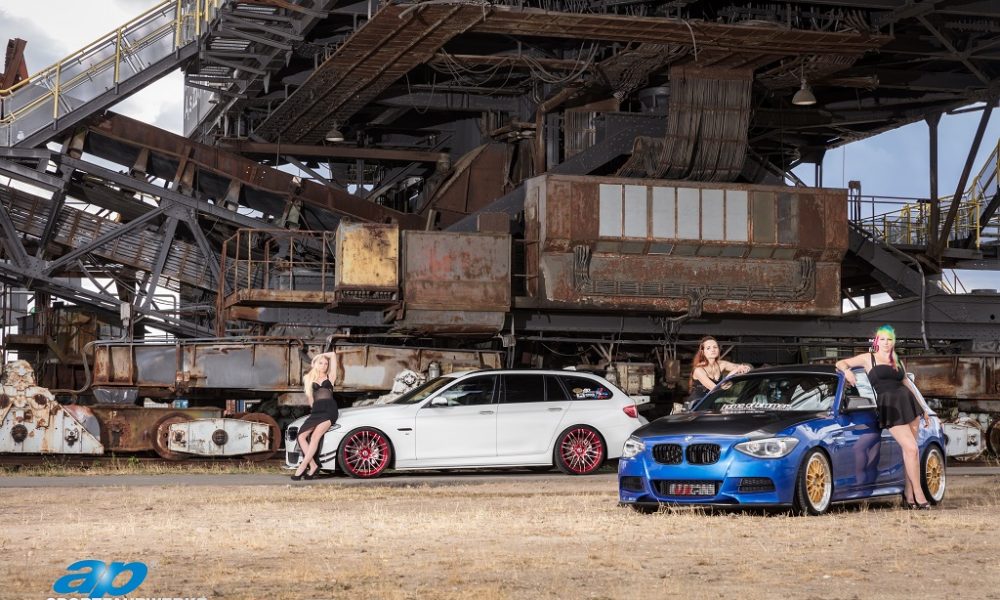 The city of iron is waiting for us and the great ap girl & car photo-shoot is ready for the next round. Once upon a time this was an area of industrial force with a lot of enviromental problems but also an area which offered a lot of jobs back in the days of former East-Germany. Today, racoons are roaming the streets, wild-hogs are living in the woods and it feels like the heartbeat of the area is a bit slower than in many other parts of Germany, but in a very relaxing and nice way. Everything reminds me on almost forgotten times of my childhood, old streets here, an idyllic campground there right at the lake but suddenly we see it: Gigantic machines made of steel surmount everything else. Ferropolis, an outdoor-museum opens its gates for us. And while we were standing there, watching at those gigantic diggers and cranes standing still in silence, the roaring of cars is closing in. The show-cars are arriving and the girls wont be far either. So, lets go! 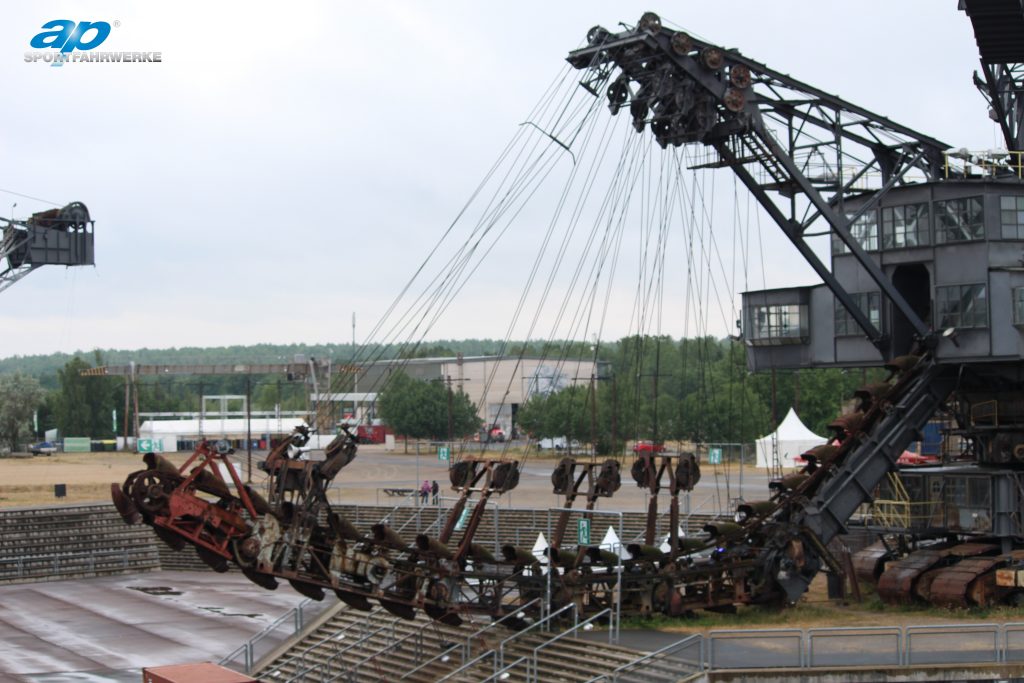 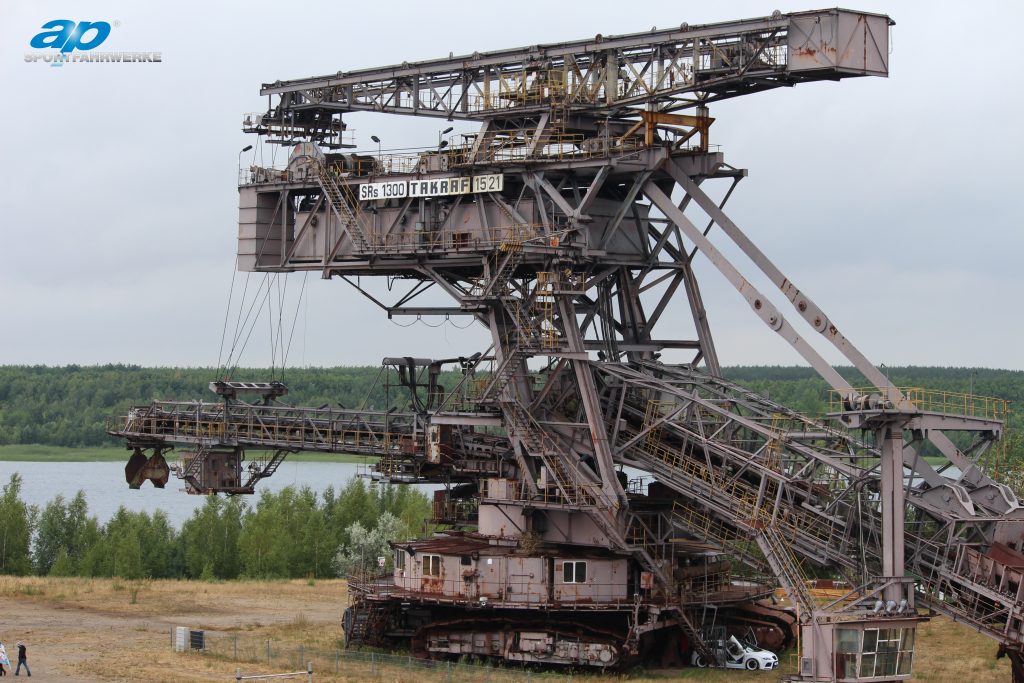 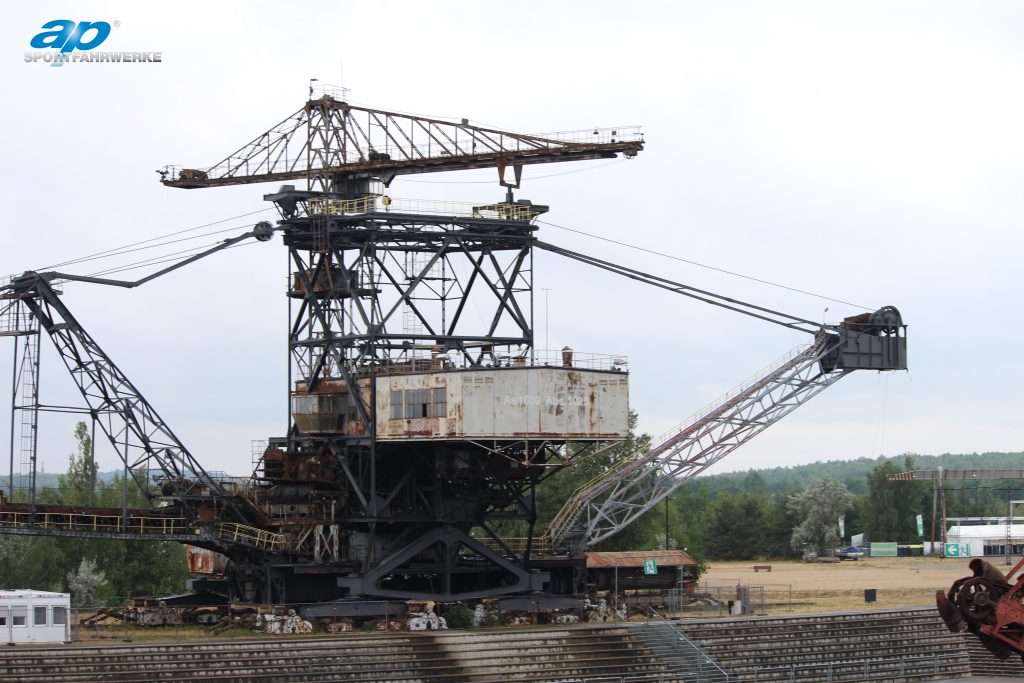 Flashback: „How did you find this place“? Thats my first question after driving about 20 kilometers abandoned country roads into the middle of now-where, after leaving the interstate. Ferropolis, museum and event-location. I have never heard about that but actually there is a lot of stuff going on there, from concerts with famous german bands to drift championships. After I assimilated all this information it`s time for the check-in. A big part of our team will live in nice little bungalows on a campground and surprisingly a TV team is also there, working on a documentation about camping. After a little chat, they ask us, if it would be ok to cover also the „car-tuning“ topic. Well, yes and that was the first step why our plan would not work out. Because now we will not only have 2 photographers and a video team, we will also have a TV-team around us. And on top of that, two cars do not show up. 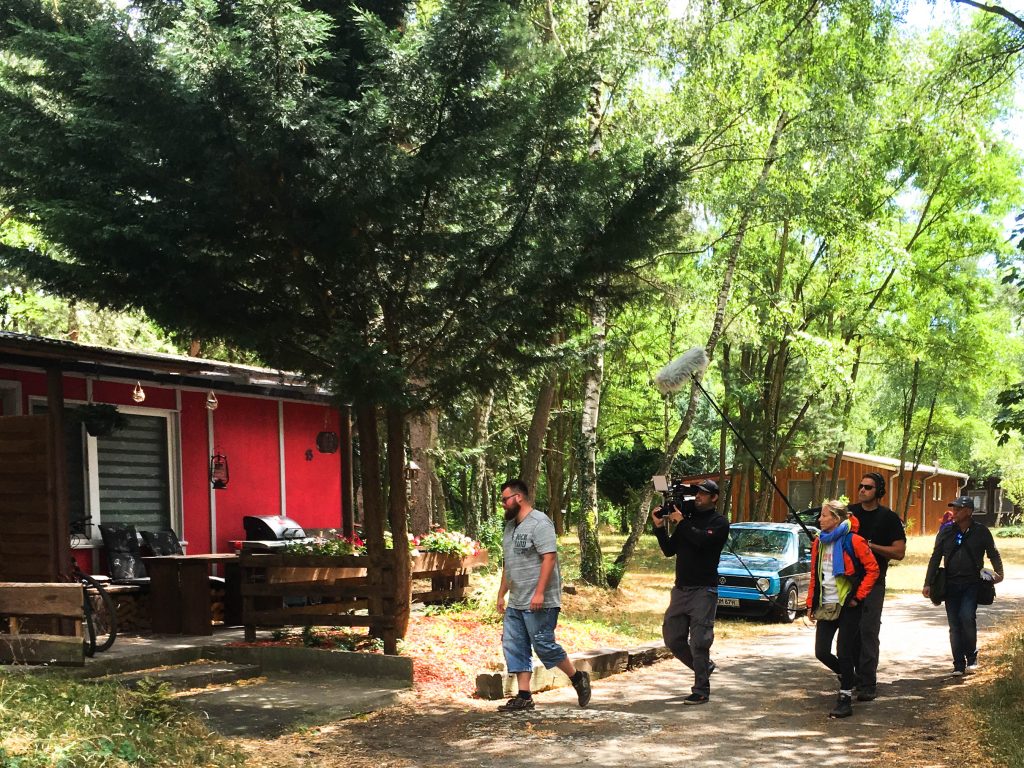 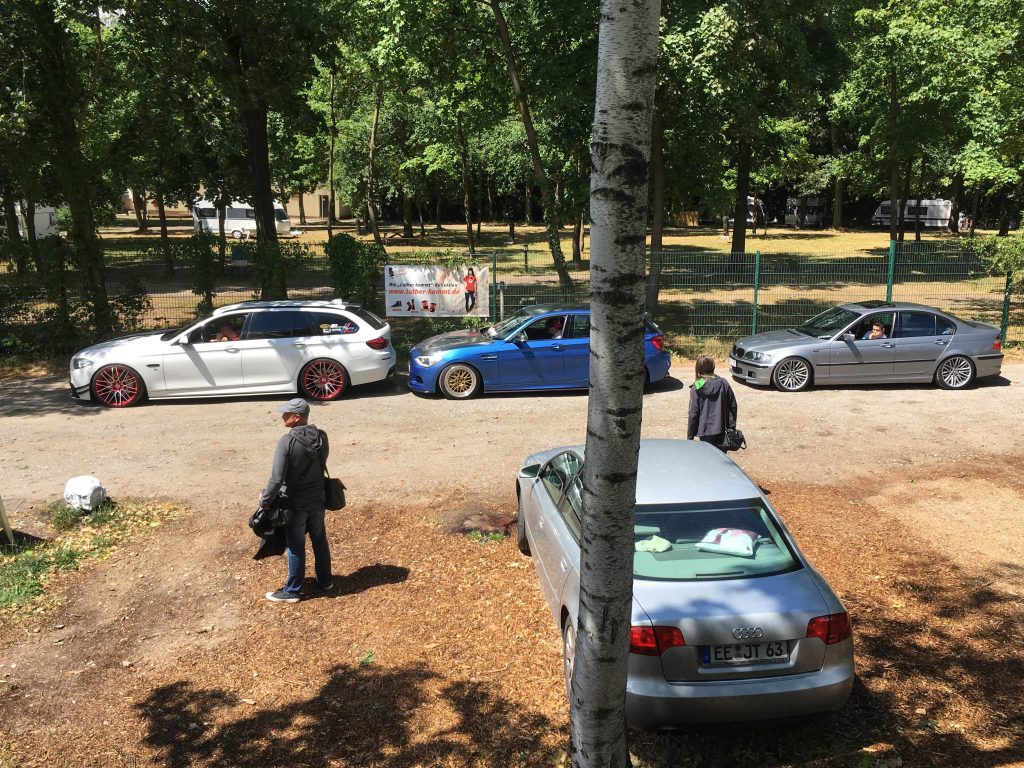 But that is not our biggest problem. The biggest problem is the weather. After the (probably) hottest spring in history of hot spring in Germany, the bad weather is right around the corner. But that will be the time where we will find out if we have a good team or not. Our idea, to use the Friday just for planning is no good anymore, because Friday is supposed to be the day with the best weather. So, we should not lose anymore time. Lets just start now, with everybody who is already here. 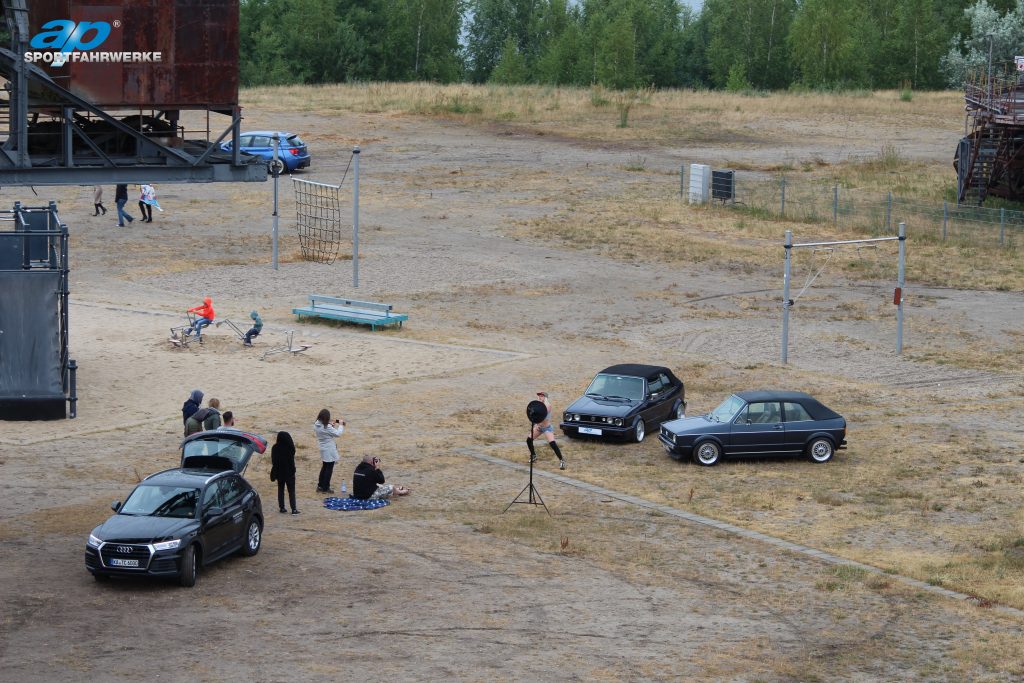 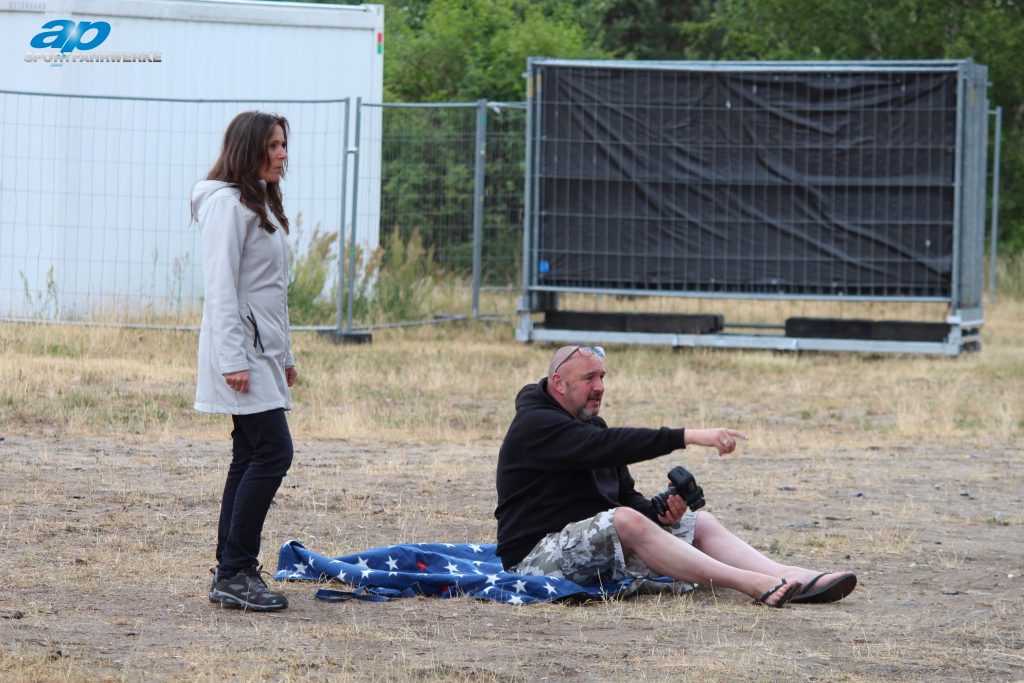 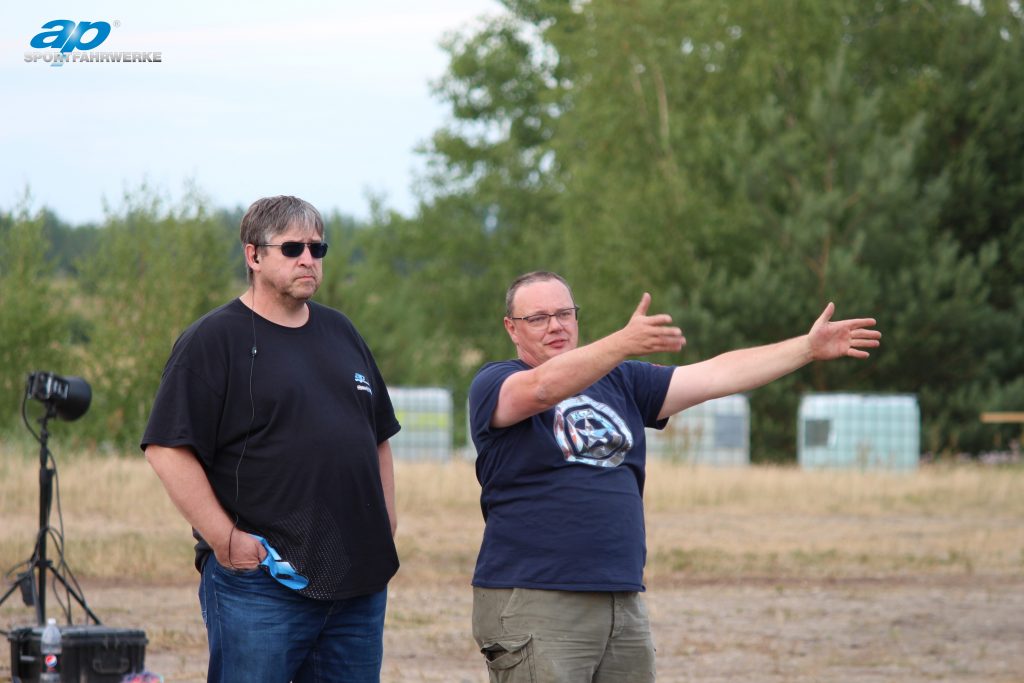 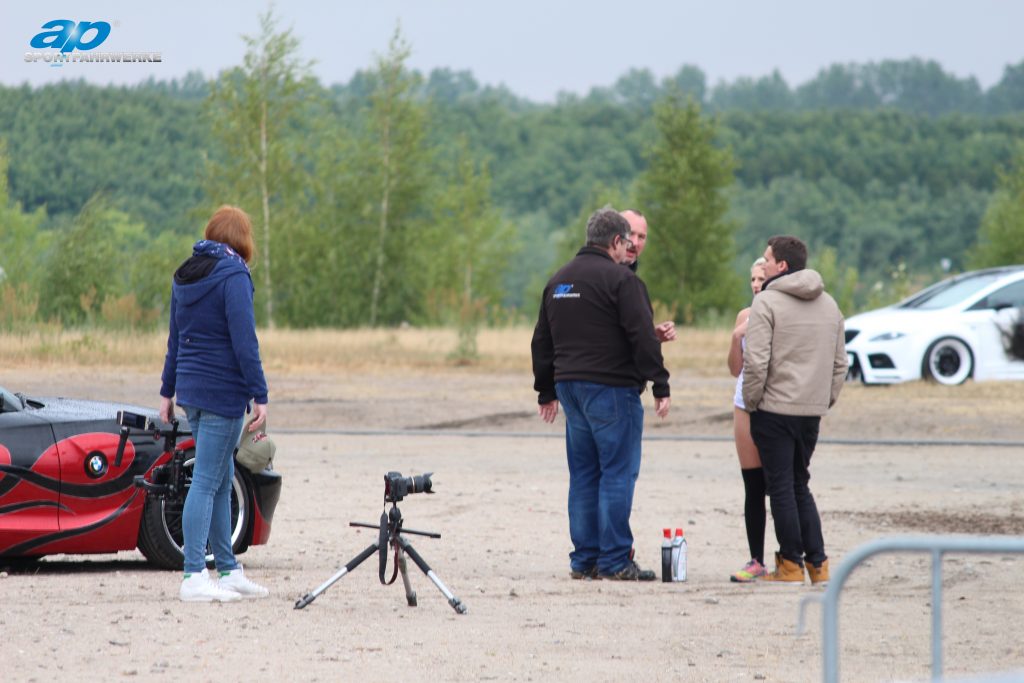 Both photographers start to work with different models and cars on different locations while we, the video-team have a third location. The weather is nice to us and as a reward we have a great sunset this evening. Denis, an ap employee had prepared the coffee machine and the barbecue in the meantime and so Friday takes a very good ending. 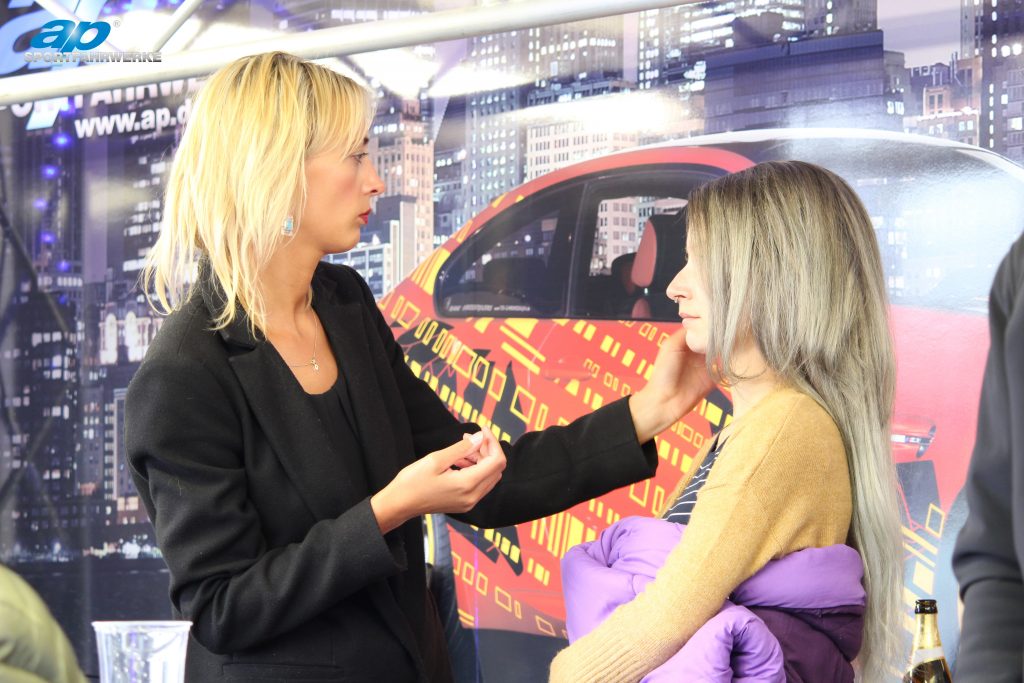 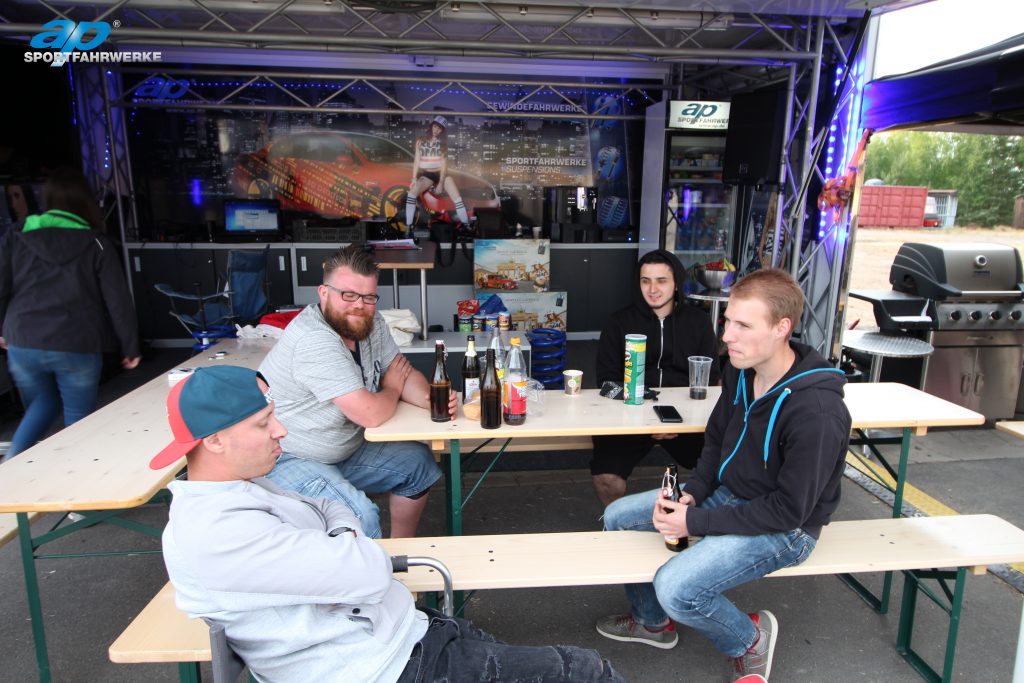 Some more cars arrive on Saturday morning, which is great news. But sometimes I really wonder about the good relationship between customers and company. Because if Thomas, our boss, calls some of the customers with great show-cars in the middle of the night, they just start driving and show up right on time in the morning. Respect! 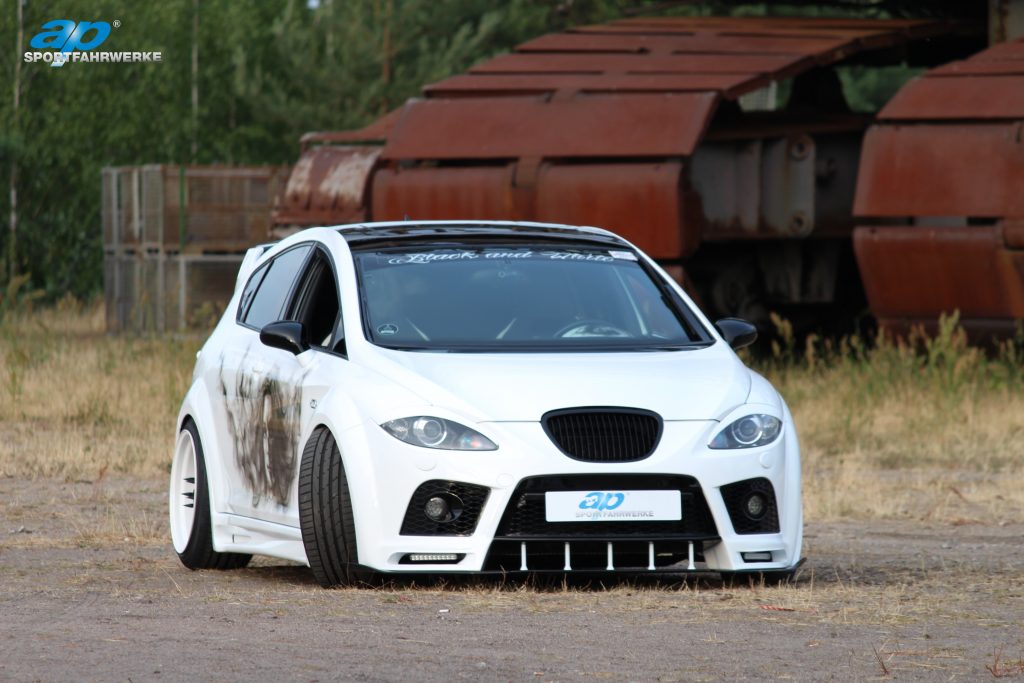 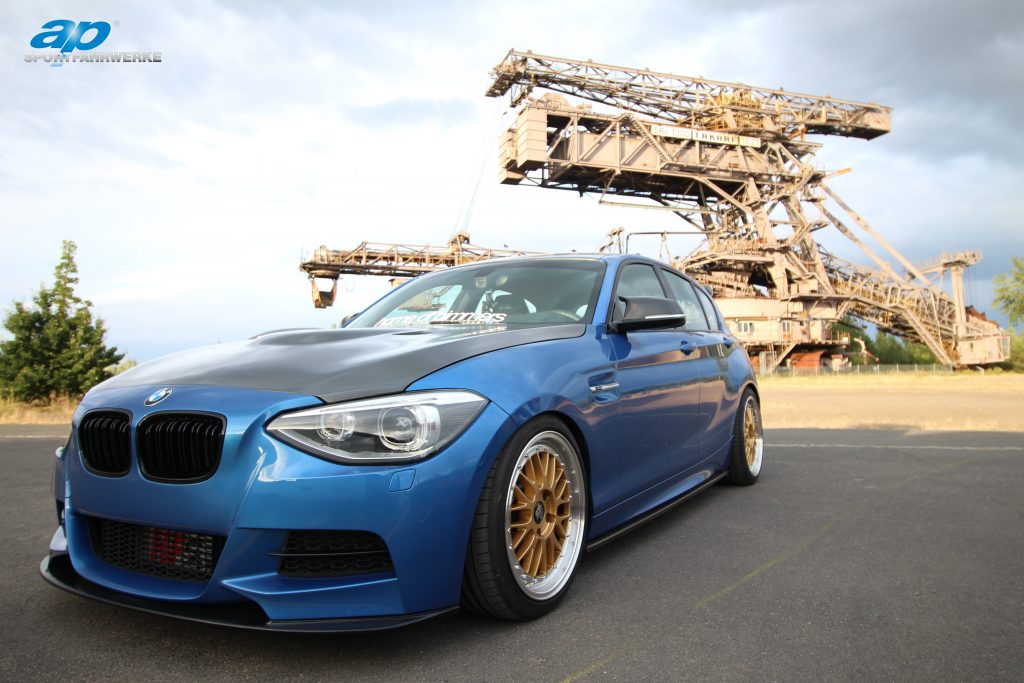 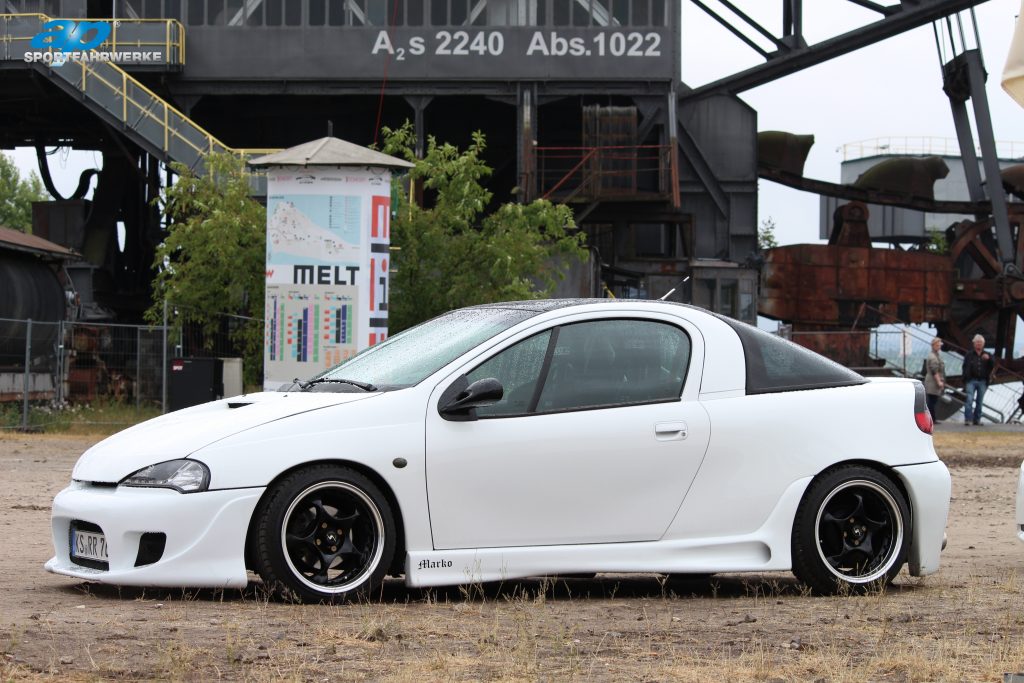 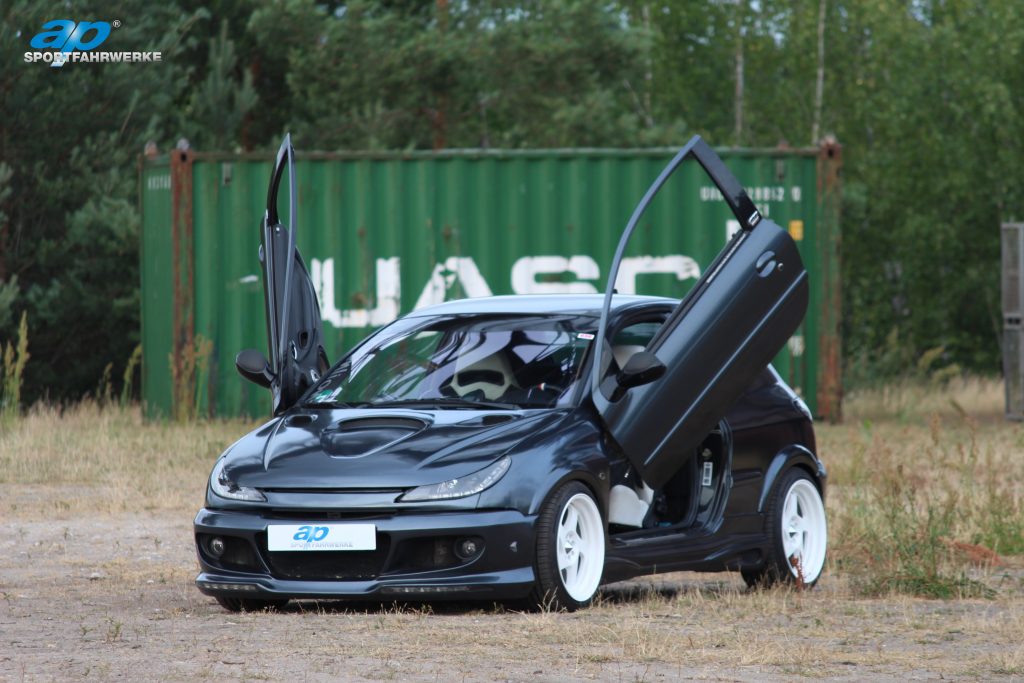 The weather on the other hand is not so good. Its raining most of the time now and its pretty cold, probably the coldest day for month. Thats especially bad for the girls, who usually wear just a little bit more than nothing. Melissa, Alexandra, Vanessa, Frances, Sonja, Sarah, Samantha, Anne, Jaqueline and Hot Sarah did really well and they really made a good impression despite the bad weather. 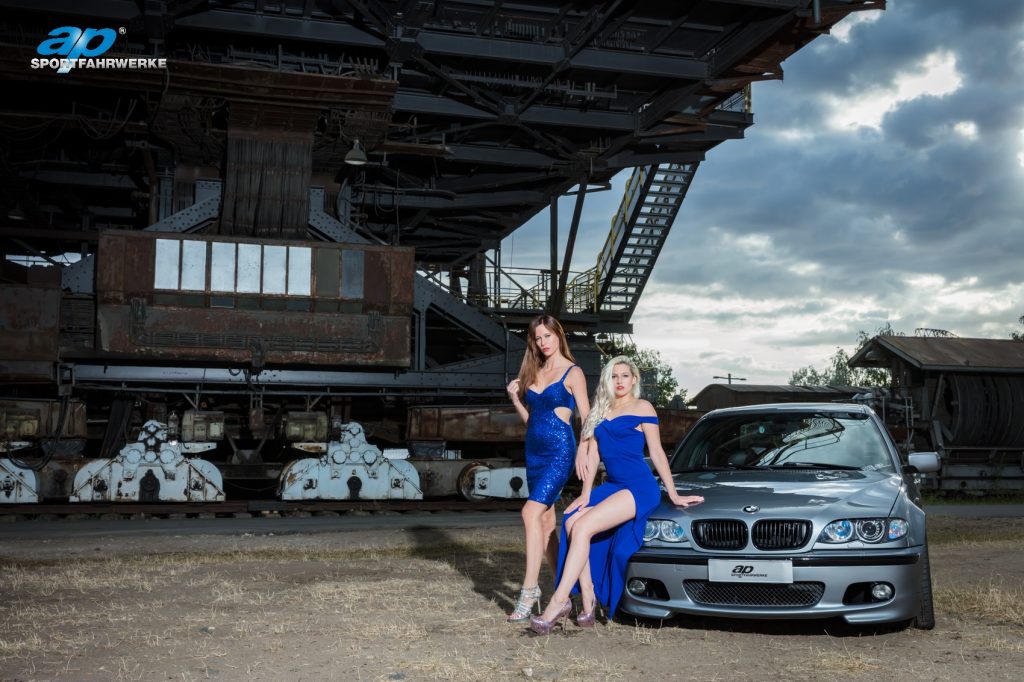 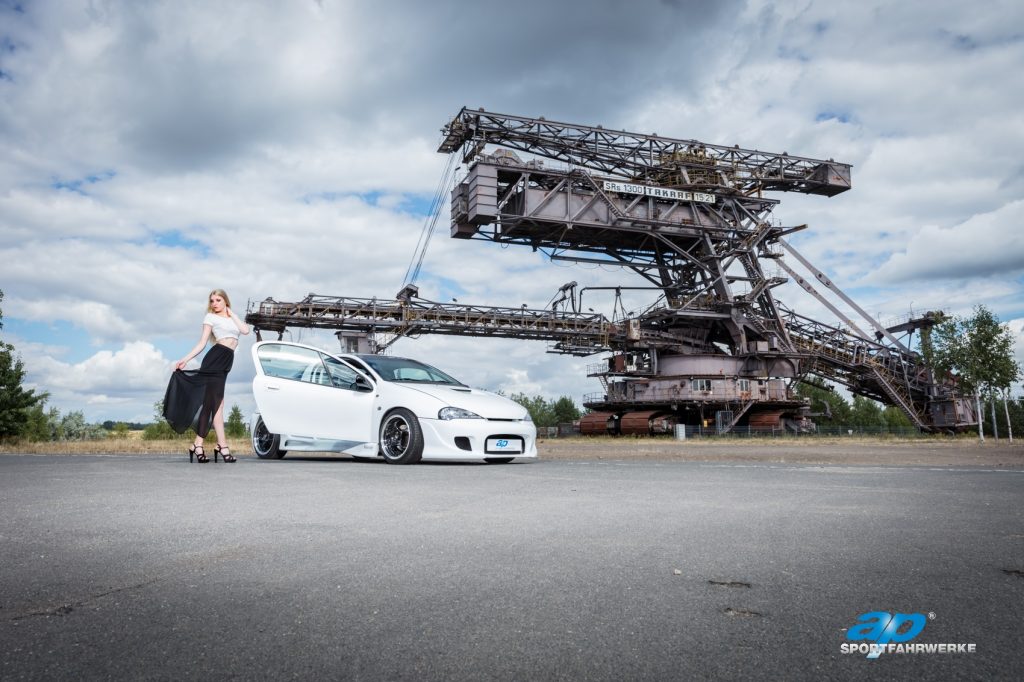 But of course, it isn`t so easy for most of us. The photographers have to crawl around in the mud to get the right angles and the car guys (and the car-girl) have to clean their cars again and again. And talking about cars, we had 11 great cars right at the location and let me give you a brief introduction to each of them. 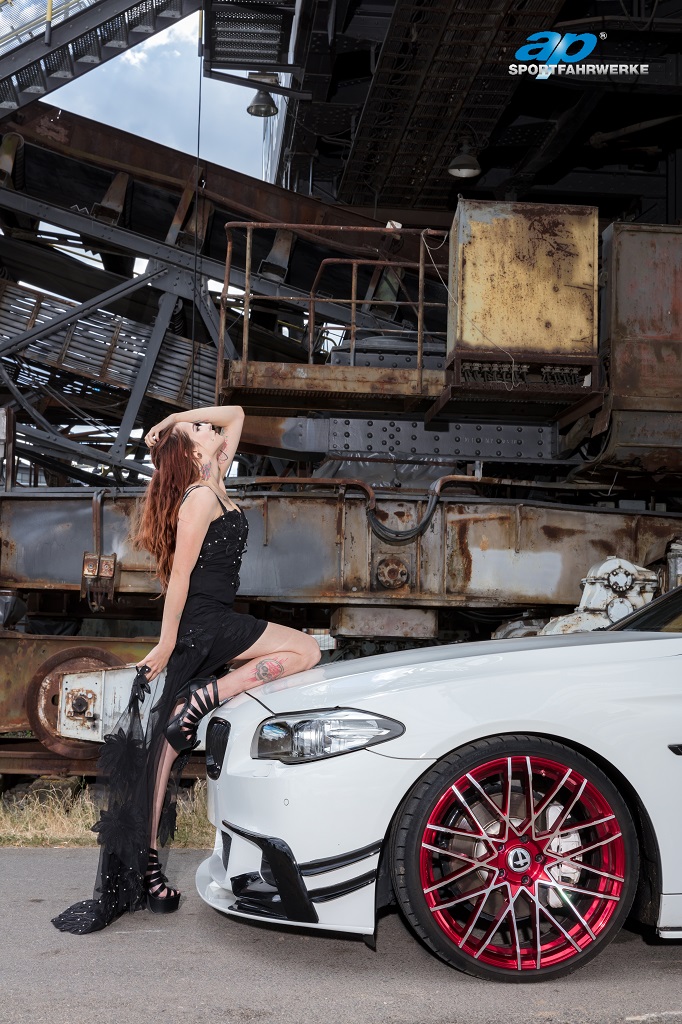 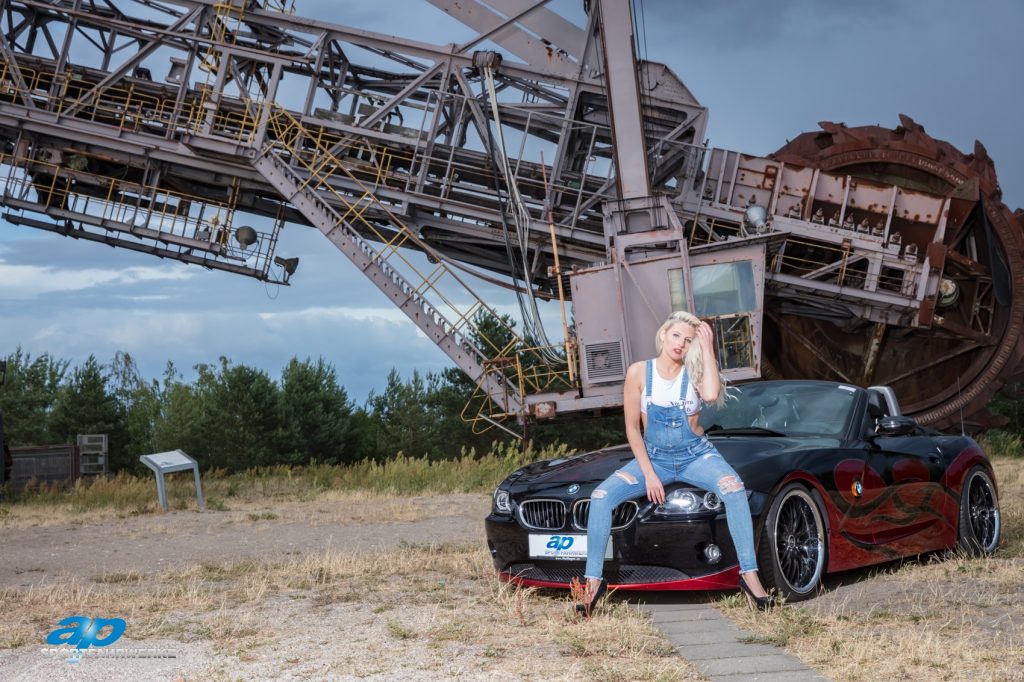 BMW Z4 from Petra, with airbrush, matching leather seats, gull-wing-doors and a painted engine-bay.
Peugeot 206 RC from Karol with an Esquisse bodykit, König-seats, big car audio system and an ap-coilover-kit.
Seat Leon Cupra from Daniel with 340 hp, bodykit, interior – painted and with lots of leather.
1987 Golf convertible from Dominic with leather interior and a big audio system.
BMW M135i from Carsten with 400 hp, bodykit (mostly Rieger), lots of carbon, ap-coilover-kit and Ultra Wheels UA3 in gold 8,5×18.
Opel Tigra from Marko with WS-Styling bodykit, car-audio-system, Bastuck exhaust system and many changes at the interior.
Seat Leon 5F from Daniel with Friedrich Motorsport exhaust system, 19 Inch Oxigin wheels and an ap-coilover-kit.
BMW 530d F11 from Steffen with chiptuning (311hp), 21 inch Tomason TN19, ap-springs and a Supersport Duplex exhaust.
1993 Golf convertible from Daniel with Bose 5.1 car-audio and Karmann wide body parts.
Audi TT from Karsten with 19 inch rims, ap-coilover-kit and a disguised-prototype car wrapping.
BMW 330 E46 from Tolga with the wheels of a 7series BMW, many black painted parts and an ap-coilover-kit. 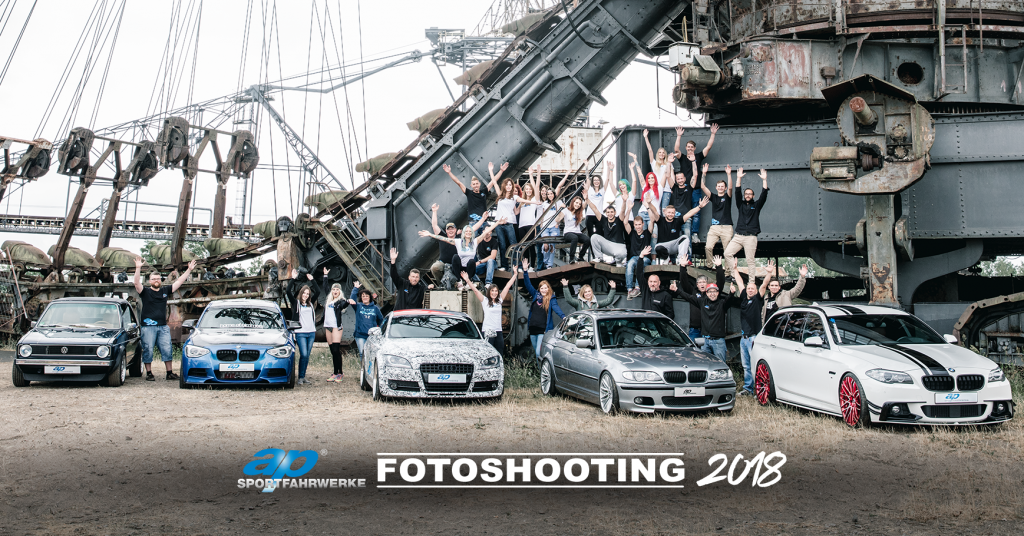 Finally, I have to say the bad weather and all little problems have one big advantage: It will show you how good your team is and how everybody will behave in those situations. Be part of the problem or be part of the solution, thats the only question when time flies and the rain keeps falling. Do I complain all the time about all the circumstances or do I think: I will do my best? Because of that, every single model had the chance to show us, how professional she really is able to work and every car guy could show us how important this event is to him, even if he gets a call 3 o`clock in the morning. And I am sure of one thing: Commitment will not be forgotten. 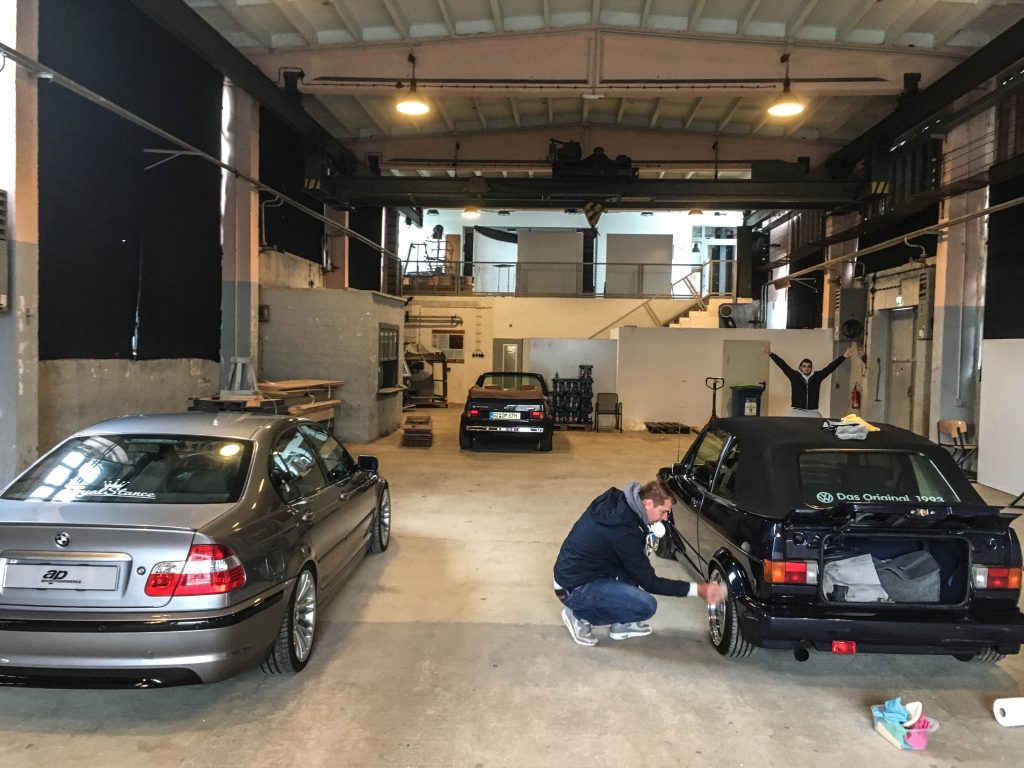 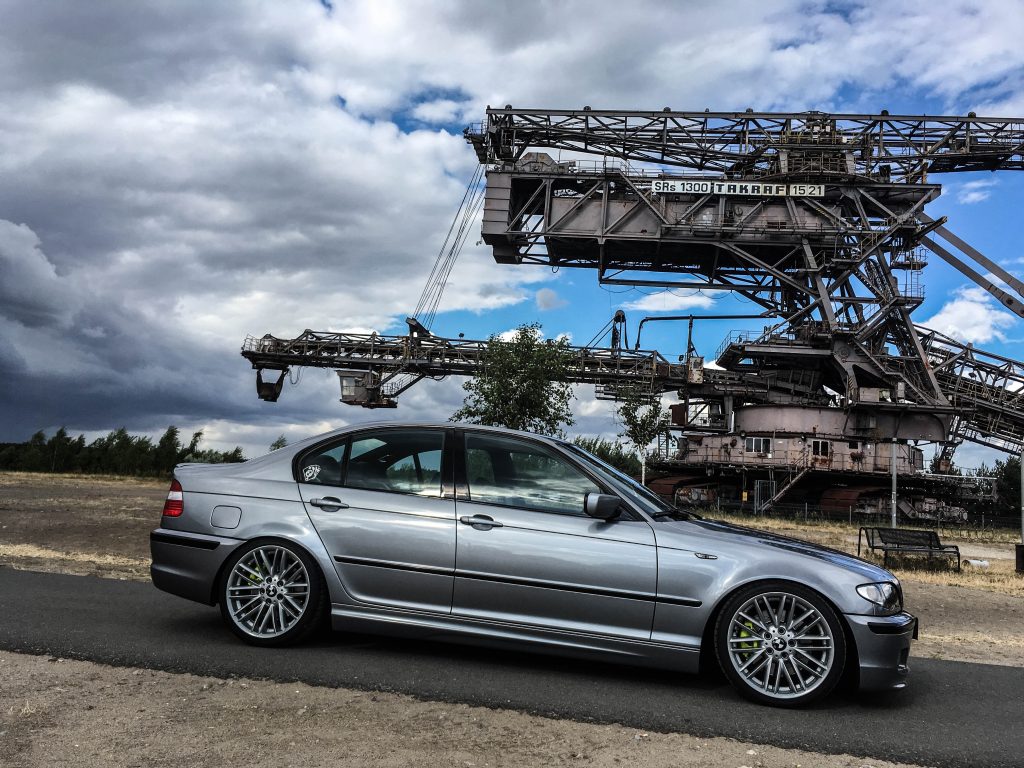 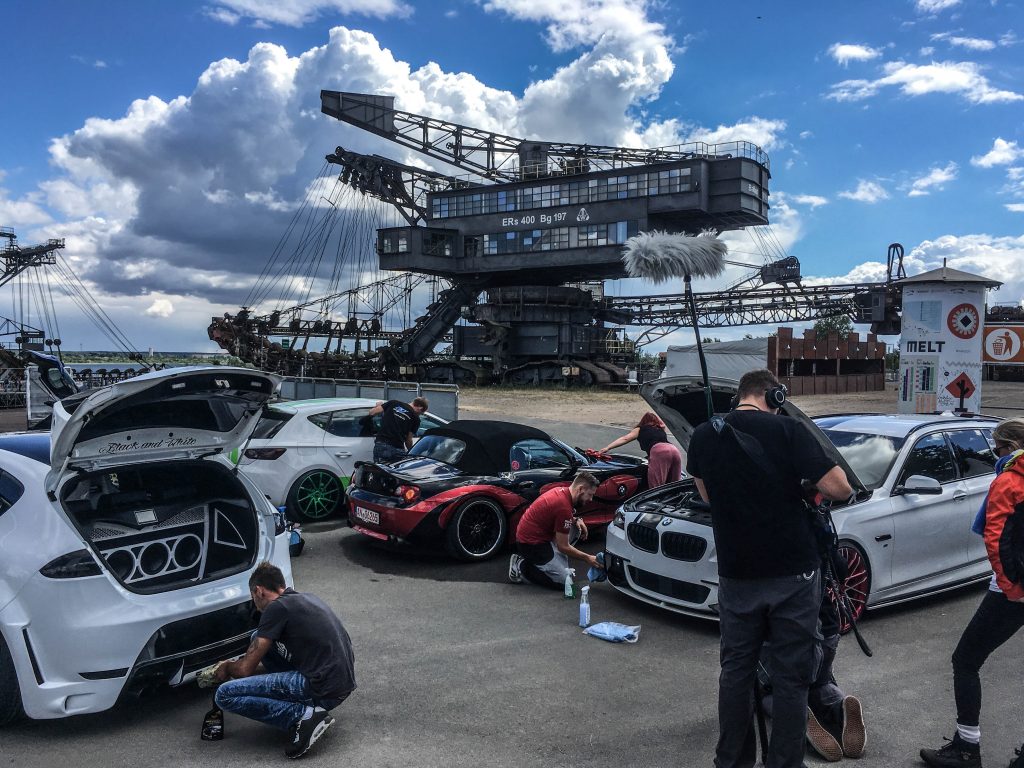 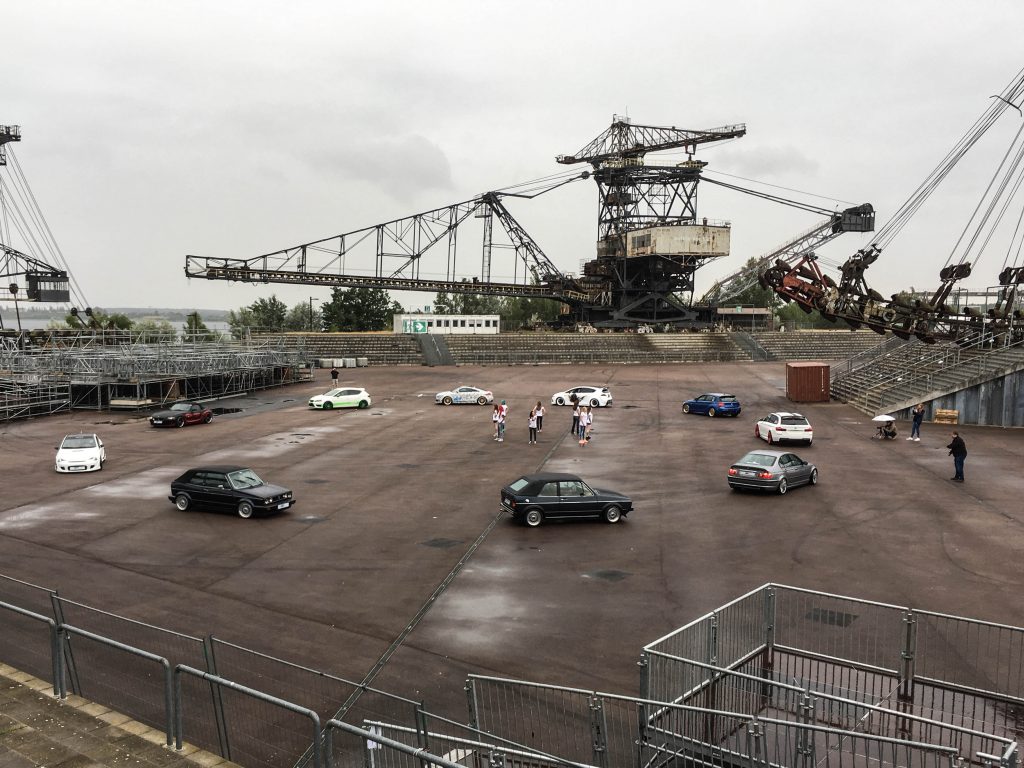 I think, the photo-shoot in the city of iron was a great experience for all of us. For me personally its also something like a small family meeting with a chance to see people for a whole weekend, who I usually meet just once or twice a year. Both of the photographers (Fotostudio [x] as well as Sugarphotoart) have been very cool this year and because we were living in the same hotel, we also had a chance to have some nice chats. I am really looking forward to 2019 and I can only recommend, if you an promising talented young model or if you a girl or guy with a great car, apply for a spot next year or you will miss something.
To me, the ap girl- and car-shoot became one of the best car-scene events here in Germany. So, maybe we will see us 2019 and I am really looking forward to the calendar which will be made with the best pictures.